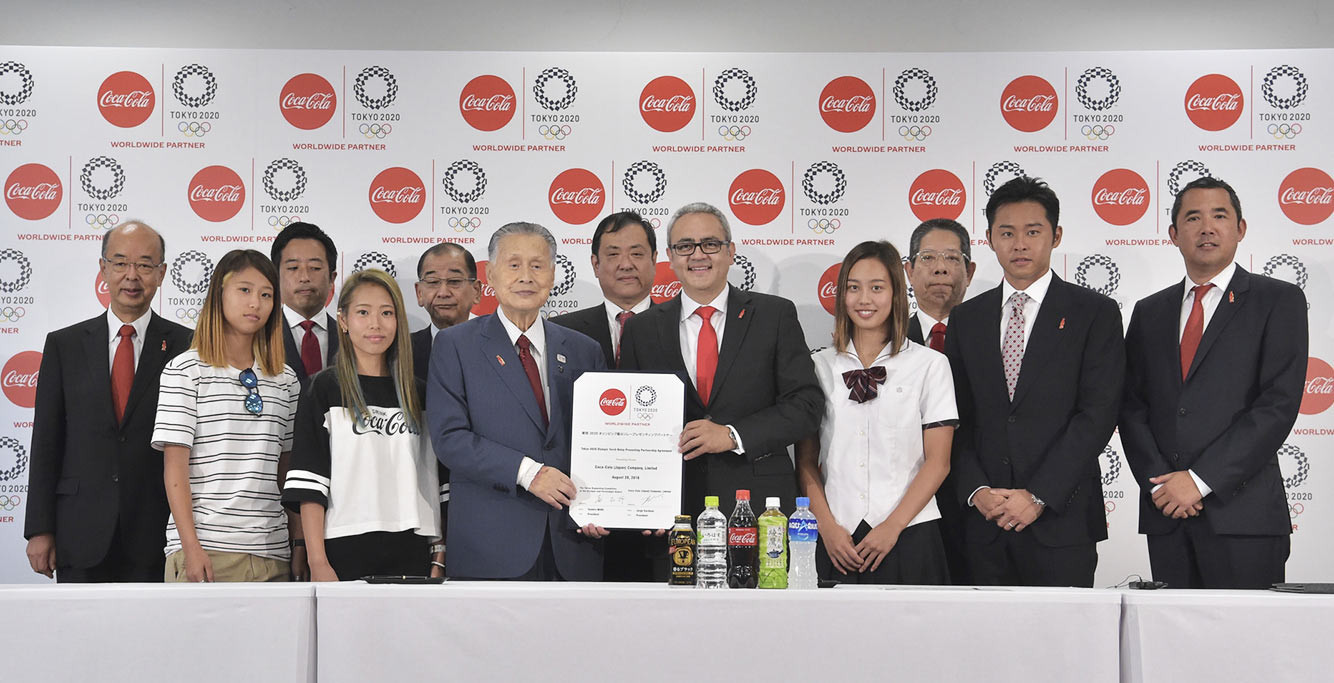 Tokyo 2020 has announced a partnership with Coca-Cola Japan for the Olympic Torch Relay.

Tokyo 2020 President Yoshirō Mori, welcomed the support of the soft drink giant - a sponsor of the Olympic Games since Amsterdam 1928.

Coca-Cola is now a member of the International Olympic Committee's TOP sponsorship scheme.

"We are delighted to welcome Coca-Cola as the first presenting partner of the Tokyo 2020 Olympic Torch Relay," Mori said.

The Relay is due to commence its journey across Japan on March 26 in 2020 in Fukushima Prefecture.

It will start its journey southwards.

The Torch is likely to traverse the inland prefectures of central Japan against the backdrop of Japan's famous cherry blossoms, which typically bloom there in early April.

The Relay is then scheduled to proceed southwest until it reaches the islands of Okinawa, the southernmost prefecture of Japan, in early May.

It will make its way back up to the north of the country, passing through Kyoto in late May, all the way up to Hokkaido, where it is set to arrive in mid-June.

The Relay will then turn southwards again and complete its long journey in Tokyo after spending three days in each of the four prefectures outside of the capital that are hosting events during the Olympic Games Tokyo 2020.

The torch will traverse Japan for a total of 121 days.

Jorge Garduño, the President of Coca-Cola Japan, mirrored the excitement of Mori, adding: "We are tremendously proud to be the longest continuous partner of the Olympic Games, with a relationship that started back in 1928.

"And we have also been deeply involved in the Olympic Torch Relay since 1992.

"Today, we are extremely excited to announce that we have become the first presenting partner for the Tokyo 2020 Olympic Torch Relay.

"We are sure that this will be an unforgettable and special experience."