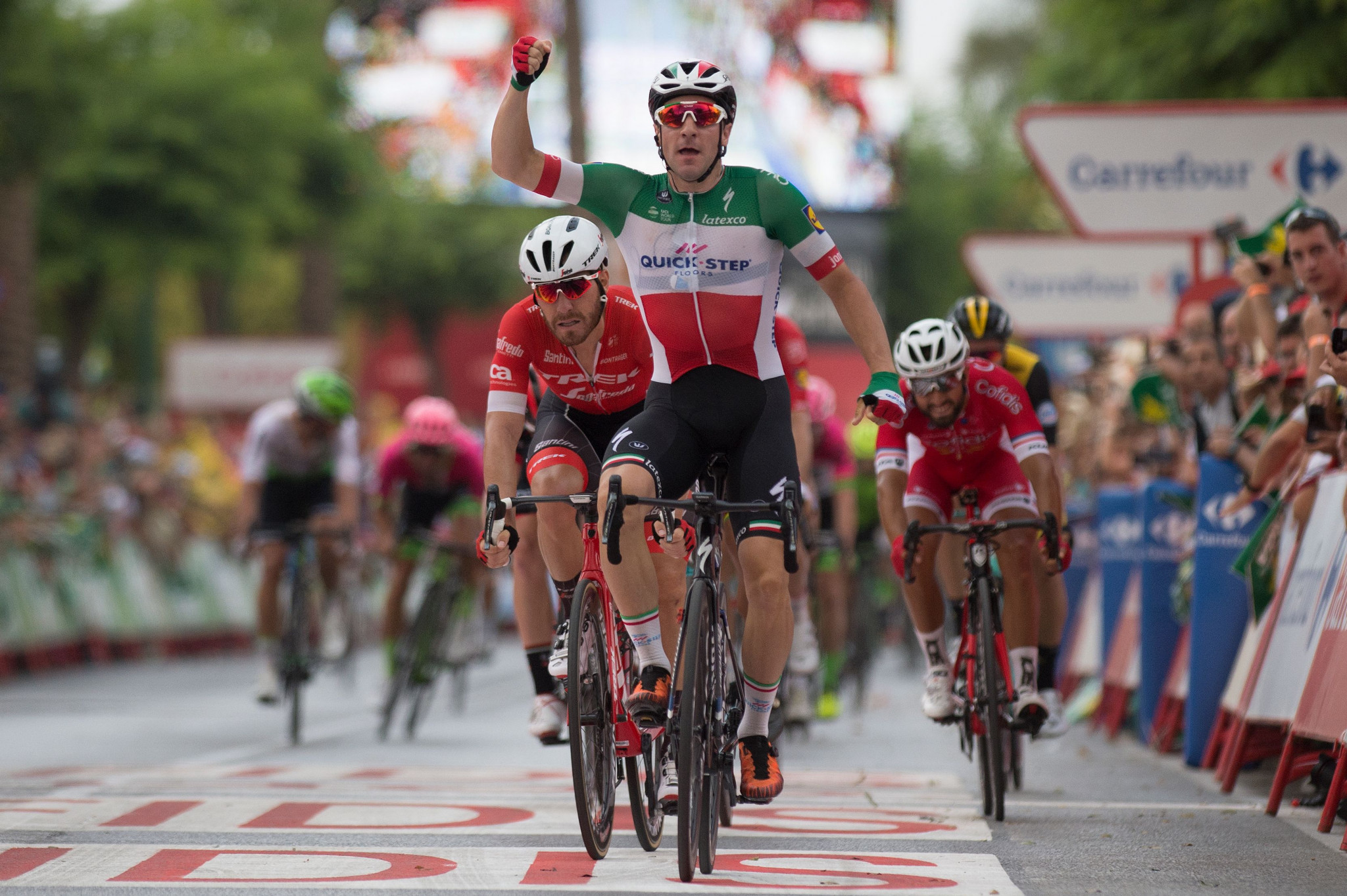 Italy's Elia Viviani celebrated victory in the first sprint stage of the Vuelta a España in Alhaurin de la Torre.

The Quick-Step Floors rider had been yet to secure a win at the Spanish Grand Tour, with the sprinter having made his only previous appearance at the race in 2012.

With few opportunities for sprint success on offer in Spain, the Italian national champion was keen to make his mark on the event and add to the five wins he has taken at the Giro d’Italia during his career.

The 178 kilometre third stage from Mijas presented a chance for sprinters, with a flat finish following several climbs at the start of the day.

Sprinting teams were motivated to close down on a breakaway group, which achieved a lead of around four minutes at its peak.

Having closed on the group, the peloton was forced to contend with several opportunist attacks.

This included an effort from Victor Campenaerts, with the Belgian achieving a small gap over the field in the closing 15km.

He was caught inside the final 6km, with a sprint finish then proving inevitable.

Viviani continued his impressive season by sprinting to victory in a time of 4 hours, 48min and 12sec.

His fellow Italian Giacomo Nizzolo ended as the runner-up on the same time, while Slovakia's world champion Peter Sagan rounded off the top three.

A 162km mountain stage from Vélez-Málaga to Alfacar will provide the next test of the peloton tomorrow at the International Cycling Union WorldTour race.