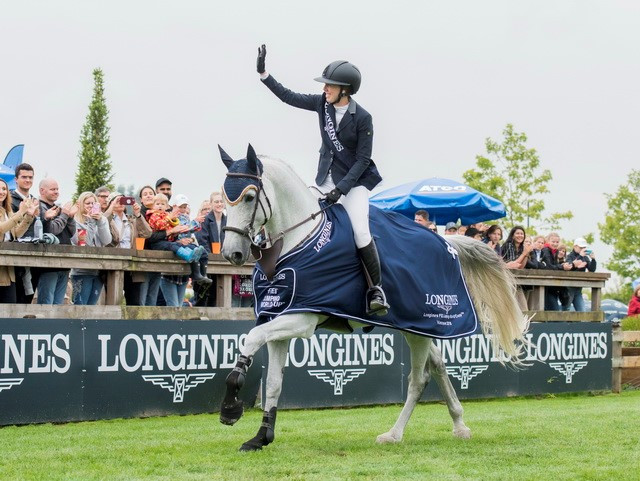 Only one round was needed at the North American League event in the Canadian city as O'Neill was the only rider to go clear.

This meant no jump-off was required with the American and Clockwise of Greenhill Z timing in at 76.90sec.

"I am ecstatic," said O'Neill, who won in a World Cup qualifying event for the first time.

"I just went out and gave it everything I could today and asked a little bit extra of myself and my horse, and it really paid off."

Ireland's Conor Swail, the defending champion in Vancouver, had to settle for second place this time on board Rubens LS la Silla.

He clocked a time of 74.26 but accrued four penalties during his round.

Juan Jose Zendejas Salgado of Mexico did enough to finish in third position.

Riding Tino la Chapelle, he also collected four penalties in a time of 75.87.

New York will host the next North American League event on September 30.