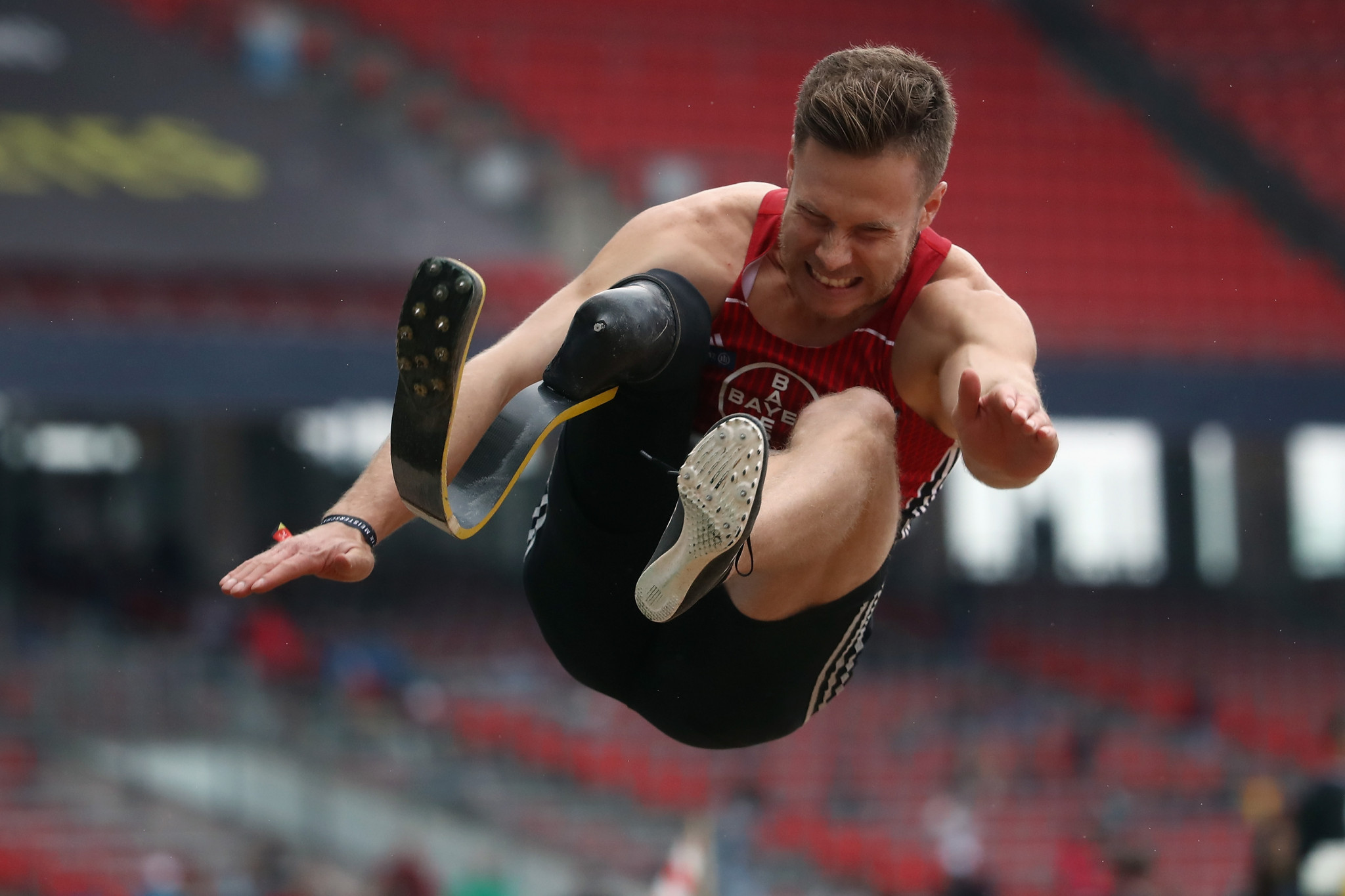 Germany’s Paralympic, world and European champion Markus Rehm delighted the home crowds in Berlin as he set a world record of 8.48 metres in the men’s long jump T64 on the penultimate day of the World Para Athletics European Championships.

The 30-year-old saved his best until last in the blustery conditions at the city’s Friedrich-Ludwig-Jahn-Sportpark, adding one centimetre to the world record he set seven weeks ago.

"To be honest I did not expect a world record today,” he said.

"At the beginning I was really struggling with the conditions, but I knew if I hit the board properly and I could get some tailwind on top then I could jump very far, and I think it worked out in the end.

"I’m coming closer, 8.50m is the next big barrier which separates good long jumpers from the best and I want to be one of the best, so 8.50m is definitely my goal.”

Team-mate Felix Streng leapt a new personal best of 7.71m to claim silver – and he will be hoping to add gold to his collection in tomorrow’s 100 metres T64 final.

Finland’s five-time Paralympic champion Leo Pekka Tahti powered home to gold in the 100m T54 in 13.83sec to complete his first championship treble having won the 200m and 400m T54 events already, knocking 0.25 seconds off the Championship record he set in qualifying.

Dutchman Kenny van Weeghel was the recipient of the silver medal, while Nathan Maguire of Britain earned bronze.

Tahti's team-mate Amanda Kotaja made it a Finnish double as she won gold in the women’s 100m T54 in 17.08sec, denying Turkey’s 200m champion Zubeyde Supurgeci, second in 17.16, a second European sprint gold in Berlin.

Britain claimed a double in the T38 sprints as Thomas Young won over 200m in a personal best of 23.70, beating Mykyta Senyk of Ukraine and Spain's Lorenzo Martinez, silver and bronze medallists respectively.

Paralympic and world champion Sophie Hahn set a Championship record of 12.52 in the women’s 100m T38 to complete her own sprint double.

Angelina Lanza of France ran 26.31sec to take gold in the 200m T47, her second sprint gold in Berlin, as she beat Poland's Alicja Jeromin.

Team-mate Mandy Francois-Elie also made it two out of two, holding on for gold in the women’s 200m T37.

Britain’s Paralympic and world champion Hannah Cockroft looked determined not to let fellow Briton Kare Adenegan get the better of her for a second time this week as she claimed gold in the 800m T34 in 2min 14.21sec.

“I knew I had to go in from the start and put in a quick start because I know that is Kare’s strength and I just had to play it from there really,” said Cockroft, who suffered her first major championship defeat at the hands of her younger rival in Wednesday’s (August 22) 100m T34 final.

Another gold went Portugal’s way as Carolina Duarte won the women’s 400m T13 final in 56.64sec, upsetting the ambition of Ukraine’s world champion Leilia Adzhametova to earn a hat-trick of golds this week.

There was more Polish success in the field as Janusz Rokicki safely defended his shot put F57 title with a Championship record of 13.90m.