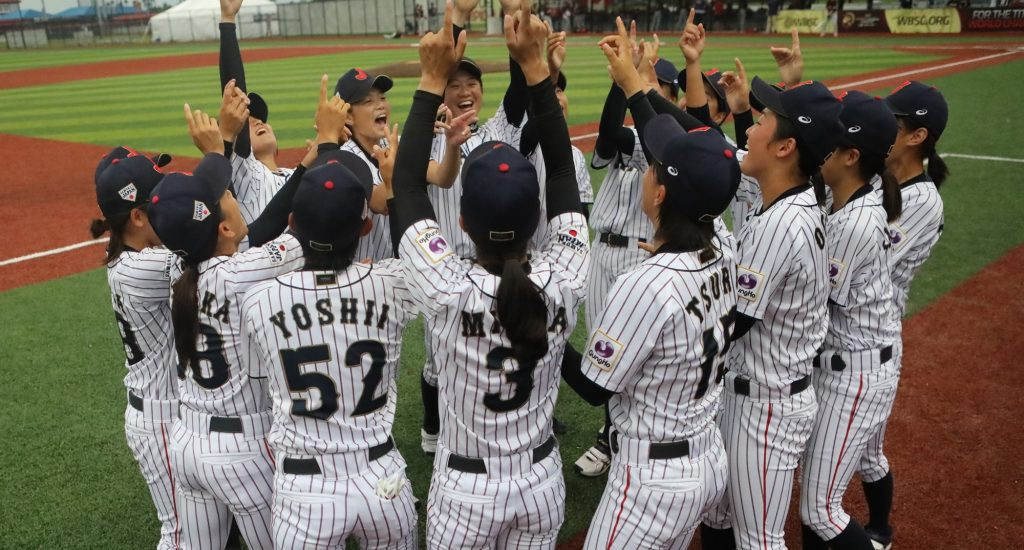 Japan, seeking a sixth consecutive Women’s Baseball World Cup, established sole possession of the Group B lead at this year’s edition in Florida by defeating previously unbeaten Canada 2-1 in a game that was delayed by a lengthy thunderstorm.

Ayami Sato, currently the tournament’s Most Valuable Player, had worked one inning before the weather closed in at this World Baseball Softball Confederation event at the Space Coast Complex in Viera.

It was a tight match, with Japan going 2-0 in front before Canada a run back in the top of the sixth.

Hosts the United States maintained their lead in Group A by winning their third match, overwhelming South Korea 11-1.

Elsewhere in Group B, the Dominican Republic, which had won its first World Cup match the previous day, ran into a reality checkpoint in the form of Cuba, who defeated them 12-0.

Australia thrashed Hong Kong 24-2 thanks to a couple of big innings in a match that was tied at two each at the end of the second inning.

The group A matches scheduled in the afternoon between Chinese Taipei and The Netherlands, and Puerto Rico and Venezuela, had to be held over to Monday (August 27) following the first of the day’s weather alerts which delayed their starts beyond two hours.