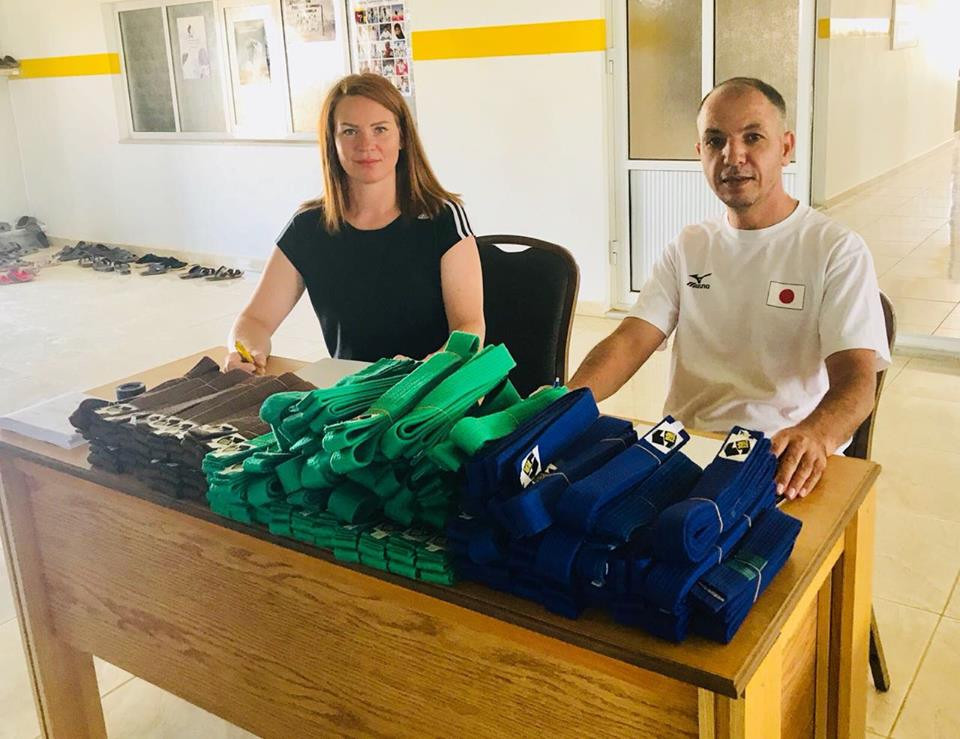 The Frenchwoman made the trip as part of her role as the THF's technical expert.

She conducted a week-long monitoring and evaluation visit to analyse the work being carried out at Azraq.

This saw her conduct various activities with students learning taekwondo at the camp.

Baverel won her Olympic silver at the Athens 2004 Games in the over-67 kilograms division.

She also won a medal of the same colour at the 2003 World Championships in Garmisch Partenkirchen in Germany.

World Taekwondo President Chungwon Choue officially announced his plan to establish the THF in his speech at the United Nations headquarters in New York City, on the 2015 International Day of Peace.

As well as Jordan, THF projects are up and running in countries including Turkey, Djibouti, Burundi and Nepal.

The refugees living in Azraq have fled the conflict in neighbouring Syria.