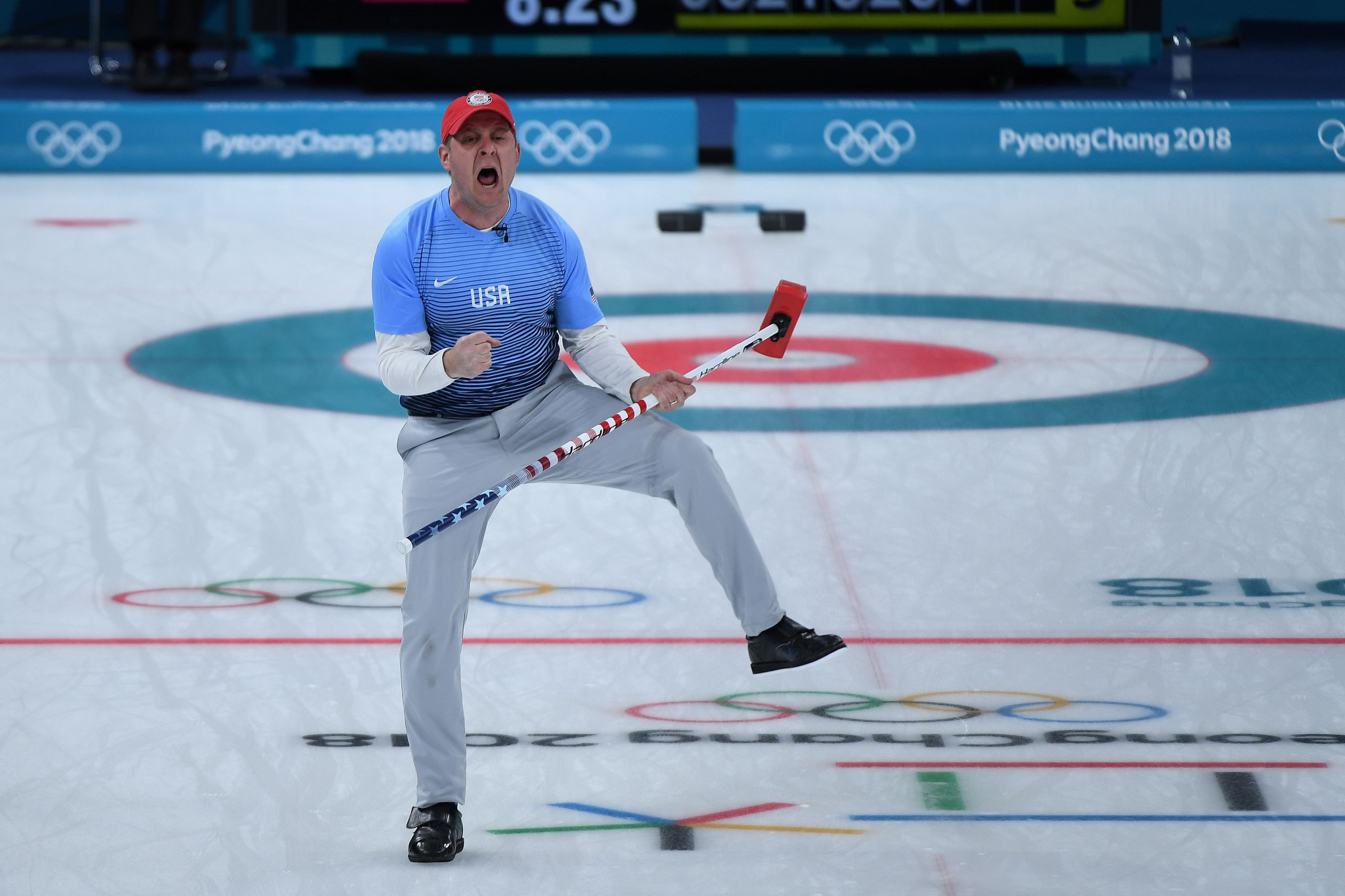 The quartet secured their place at the 2018 Winter Olympics by winning the US Olympic Trials in Omaha last year.

They went on to secure victory in the men’s competition at Pyeongchang 2018, where they beat Sweden 10-7 in the gold medal match.

Shuster, who skipped the team, had previously won an Olympic bronze medal at Turin 2006.

The quartet attended Werner Park, home of the Omaha Storm Chasers of the Pacific Coast League, as the baseball team hold a "Curling Night".

They threw the first pitch during a match at the venue, as well as giving autographs and posing for photos.

The event was hosted by the Omaha Storm Chasers and Omaha Sports Commission.

Schuster and his team are due to take part in the new Curling World Cup event at Ralston Arena in Omaha later this year.

The competition is due to take place from December 5 to 9.

It will be the second stop in a series of four featuring 24 international teams.

Tickets are due to go on sale from September 4.

China will host the first World Cup from September 12 to 16 in the Suzhou Sports Centre, while the Jonkoping Curling Club in Sweden will stage the third event between December 5 and 9.

The final event is scheduled to be held in Beijing from May 8 to 12.