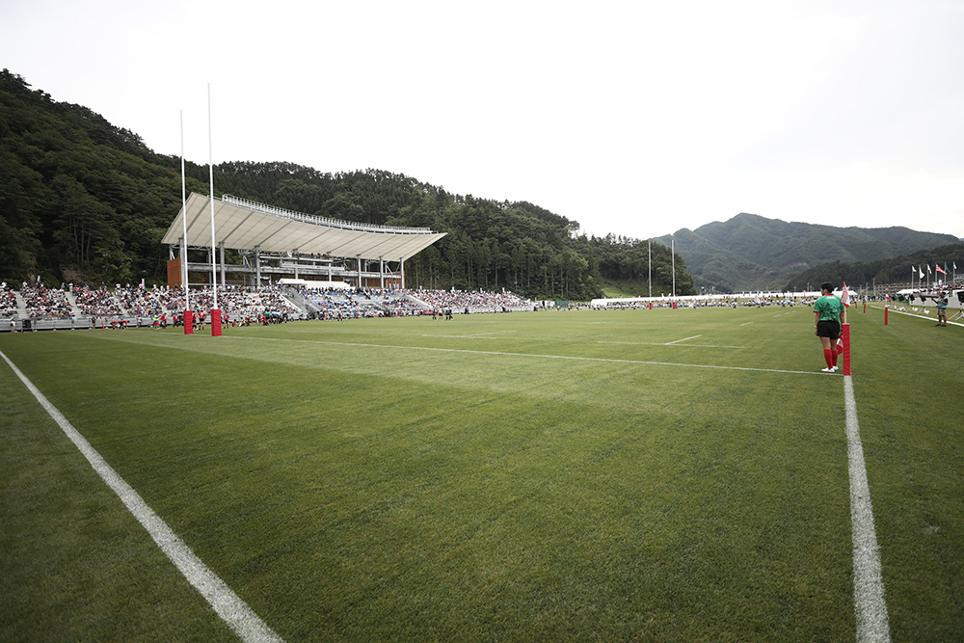 The Kamaishi Recovery Memorial Stadium, the only newly-built of the 12 venues that will host the Rugby World Cup in Japan next year, officially opened with its first match yesterday.

The Stadium’s name derives from the process that followed the devastation caused by the Great East Japan Earthquake of 2011, and the tsunami that followed.

Kamaishi, a port town on the edge of the Pacific Ocean, bore the full force of the tsunami as it came ashore in the north-east of Japan.

Throughout the area, 30 per cent of homes were either damaged or destroyed, 60 per cent of businesses were inundated and 90 per cent of the local fishing fleet was wiped out.

The opening match, between Kamaishi Seawaves Rugby Football Club and Japanese top league side Yamaha Jubilo, was the culmination of a weekend of rugby-themed events designed to mark the beginning of a new sporting chapter in the life of the city.

The choice of Yamaha Jubilo for this opening was hugely significant.

While players from the local rugby team were taken up with supporting the relief and recovery efforts after the tsunami had struck in 2011, they were encouraged by the local people to resume training as soon as possible for the impending season, and were able to play their first match, against Yamaha Jubilo, less than three months after the disaster.

"The Stadium stands as a testament to the indomitable spirit of the people of Kamaishi and will act as a beacon of hope and inspiration for generations to come, providing an important legacy for the future of this region of Japan that has rugby at its heart."

Work on the Stadium began in April 2017.

It will have a permanent capacity for 6,000 spectators, but a temporary addition of 10,000 extra seats will be in place for the two scheduled Rugby World Cup games between Fiji and Uruguay in Pool D on September 25 next year, and the Pool B match on October 13 between Namibia and whoever wins the repechage tournament due to be held in Marseille this November.

Tekenori Noda, Mayor of Kamaishi, said: "This has been an incredible day for Kamaishi.

"To have played the opening match in this beautiful stadium, completed with the support and vision of so many people, is a dream come true."