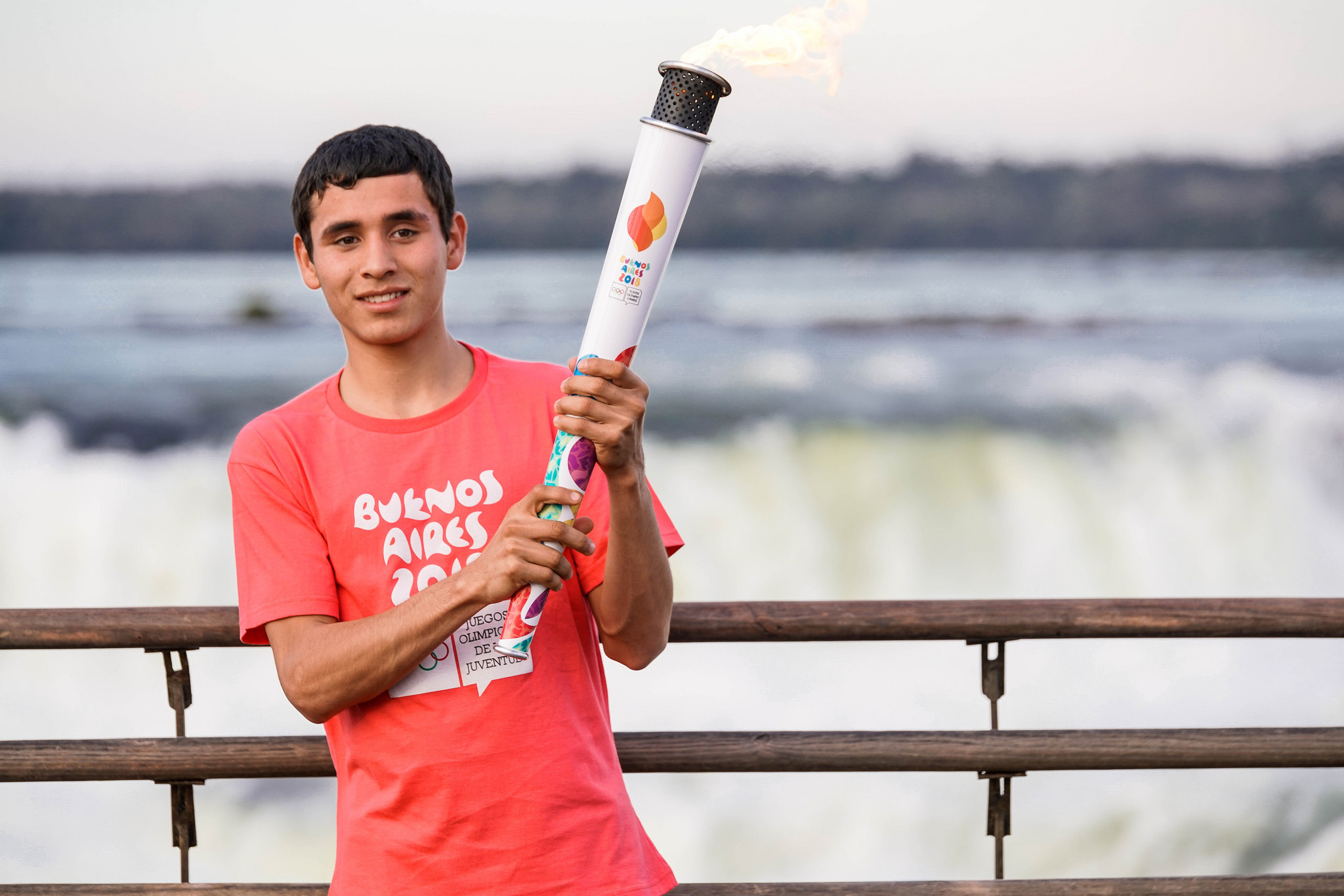 The Torch Relay for the Buenos Aires 2018 Summer Youth Olympic Games has visited the Iguazu Falls as part of its journey through Argentina.

The spectacular waterfall, located on the Argentinian-Brazilian border, provided an impressive setting for the flame.

Agustin Da Silva, a young athlete from Misiones, was given the honour of carrying the Torch at Iguazu.

The 19-year-old, the under-20 winner at the Argentinian Cross-Country Championships, grew up in an area where children often go to work in the yerba mate fields.

A teacher's visit to his house resulted in him starting school, however, and it was there that he became interested in athletics.

"I truly felt something intense and special," he said.

"I didn't expect this kind of recognition.

"To carry the youth Olympic flame was incredible and it motivated me to continue.

"I've already had it in my hands and now I want to be at the Olympic Games."

Buenos Aires 2018 mascot #Pandi the jaguar was also in attendance at the Falls.

He encountered a coati, a small omnivorous mammal found in the area.

"But during its stop in Iguazu, #Pandi had a special time that demonstrated how much the mascot is loved."

The Relay will visit five regions in host country Argentina in all - Northwest, Northeast, Cuyo, Pampa and Patagonia.

"Iconic" Argentinian geography will be visited on a 14,000 kilometre journey before the Opening Ceremony on October 6.

The Games will close on October 18.