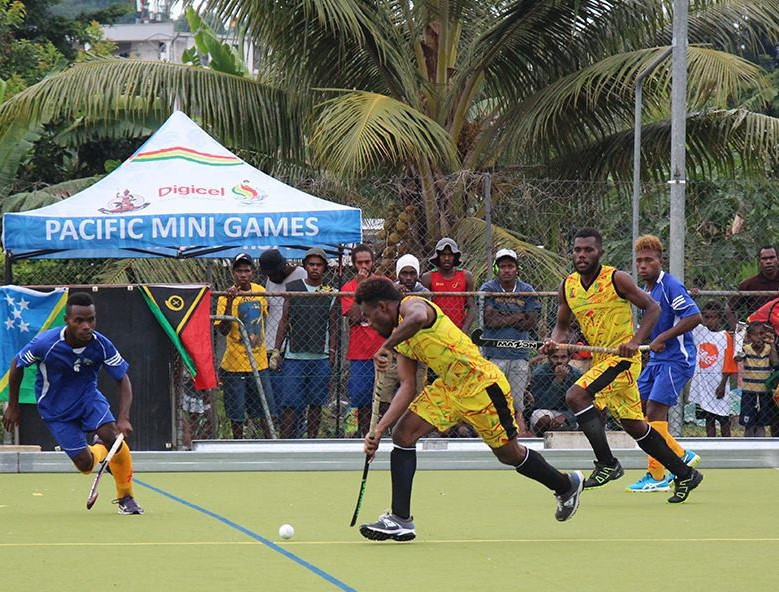 Hosts Vanuatu will meet Fiji in the finals of the men's and women's tournaments at the Hockey Series in Port Vila, after round-robin play concluded today.

Both competitions feature four Pacific teams who were battling to finish in the top two of the group phase to earn a spot in the gold medal match.

In the women's event, Vanuatu and Fiji had already sealed their places in the final after both won their opening two matches at the Wan Smolbag Hockey Stadium.

They played today in a dress rehearsal of the showpiece clash to see who would win the group, and it was the highest-ranked side Fiji who romped home 5-0.

In the other match today, Solomon Islands beat Tonga 4-3 to finish third in the group.

Both sides will meet again for bronze.

In the men's event, Vanuatu completed a 100 per cent record by beating Tonga 11-0.

Fiji, also the highest ranked side in the tournament, were beaten by the hosts yesterday but they recovered to reach the final by beating Solomon Islands 9-2.

All of the medal matches will be played tomorrow.