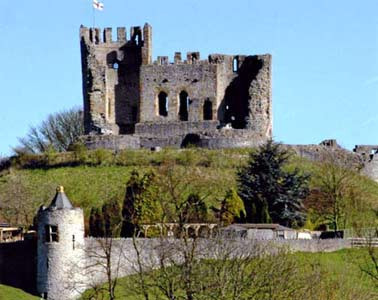 A new battle has opened in the West Midlands of England between cities wanting to be included as part of the course for the cycling road race during the 2022 Commonwealth Games in Birmingham.

The Black Country, which is made up of the three Metropolitan Boroughs of Dudley, Sandwell, and Walsall, was already angry after Birmingham 2022 resisted calls to build a velodrome in the area for the event.

They now fear they could be ignored when organisers draw up the route for one of the showpiece competitions of the Games.

Wolverhampton is being put forward to play a major role in the cycling road race because it is claimed it staged the first-ever race on public streets in Birmingham more than 75 years ago.

Local cycling officials in the region are trying to persuade Birmingham 2022 to design a course including Wolverhampton city centre, Wightwick Manor, Himley House, Dudley Castle, The Black Country Living Museum in addition to Bridgnorth and countryside of the Severn Valley.

They fear, though, that a route featuring Coventry and Warwickshire is currently the front-runner.

"As the Tour de France and many other major cycle races have demonstrated there is no better way of advertising the finest features of a region than TV covering a cycle road race," David Viner, a trustee of Halesowen Cycling Club, told The Express and Star.

"The cycle road races will provide the perfect opportunity for the public to witness a major part of the Commonwealth Games passing through their communities."

A petition signed by more than 5,000 people failed to persuade Birmingham 2022 to change their plans and build a new velodrome in the Black Country rather than host the event 130 miles away at the Queen Elizabeth Olympic Park in London.

"There are currently no plans to have a local velodrome for the Games, which I think is a missed opportunity," Wolverhampton South West Member of Parliament Eleanor Smith told The Express and Star.

"Rather than the indoor cycle races being held in London, a track could be built in the Black Country which would provide an amazing resource for the West Midlands young cyclists.

"I will work hard with the Games organisers, the relevant Government officers and national sports bodies, and local authorities, to help get Wolverhampton benefit from these games.

Birmingham 2022, however, denied any plans have been made yet for the cycing road race.

"The route for the road race is the subject of detailed discussions with a range of partner organisations to ensure Birmingham and the wider West Midlands’ iconic landmarks are presented in the best possible way to a worldwide audience," a spokesman told The Express and Star.

"Consideration also has to be given to ensuring the region’s transport networks can still function effectively when the races take place and that the selected route offers a good challenge for the athletes who participate.

"The final route will be announced at a point in the future, closer to the start of Birmingham 2022."