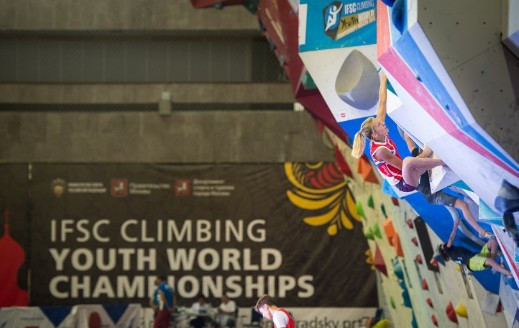 The United States and Japan won gold medals on the final day of the International Federation of Sport Climbing Youth World Championships in Moscow.

Titles were decided in the men's and women's "Youth B" lead divisions to conclude the event at the CSKA Athletics and Football Hall.

Both contests in the Russian capital were for climbers aged between 14 and 15 with American Adam Duffy sealing the male gold medal.

He reached the top of the wall to finish at the summit of the standings.

We are LIVE for the last round of Sport Climbing at #IFSCywch Moscow, Youth B Lead finals. YueTong Zhang of China will be there! Watch at https://t.co/BtXe1BgYNR pic.twitter.com/WDeZE4aBOB

Japanese climber Natsuki Tanii was the only athlete to top in the women's event.

Nika Potapova of Ukraine won silver as bronze was awarded to YueTong Zhang of China.

Sport climbing is preparing for its Olympic debut at Tokyo 2020.

Many of the youngsters in action in Moscow could go on to compete in the Japanese capital.