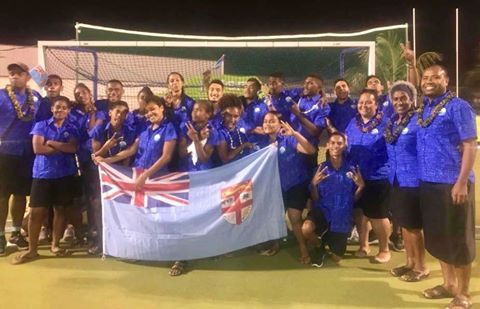 Fiji doubled up with a pair of victories in the women's tournament on day two of the Hockey Series event in Vanuatu.

The top-ranked side in the competition first thrashed Tonga 13-0 in their morning fixture at the Wan Smolbag Hockey Stadium in Port Vila.

They then steamrolled past Solomon Islands 8-1 in their second game of the day.

Both countries will meet tomorrow to decide who tops the round robin phase at the four-team tournament.

They will then meet again the following day in the final as neither side can slip out of the top two.

Tonga and Solomon Islands will meet to decide third and fourth place and then for bronze.

In the men's event, Fiji, again the top-ranked side, also played twice.

They endured mixed fortunes as they beat Tonga 14-0 before losing 7-5 to Vanuatu.

The home side now have two wins as they beat Solomon Islands yesterday, prior to tomorrow's final group fixtures.

This competition is the first International Hockey Federation (FIH) event in the Pacific country since the 2014 Oceania Youth Olympic Games Qualifying Tournament.