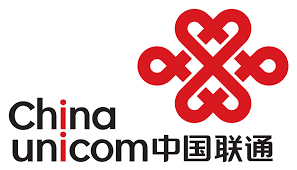 Facial recognition and virtual reality video streaming are among the technologies which will be deployed at the Beijing 2022 Winter Olympic Games, China Unicom has announced after outlining their plans for the event.

China Unicom, the official telecommunications service provider for Beijing 2022, is also conducting tests on 5G mobile speeds which they hope will be in operation when the Chinese capital stages the Winter Olympics in four years' time.

The company has pledged to install a robust telecom infrastructure to allow videos of the sporting competitions at the event to be transmitted in 4K to 8K.

According to China Unicom, voice, image, position and behaviour recognition technologies will also be in effect at the Games.

It will allow organisers to better communicate and engage with athletes and spectators, it has been claimed.

The 5G trials are currently taking place in 16 cities including Beijing and Zhangjiakou, two of the three venue hubs for the 2022 Winter Olympics.

"As the official telecommunications service provider for the Beijing 2022 Winter Olympics, we will support the much-anticipated event with a secure, smart network that allows superfast internet speeds," said China Unicom chairman Wang Xiaochu.

"We will also deploy pioneering applications to inject new vitality into the Olympic Games."