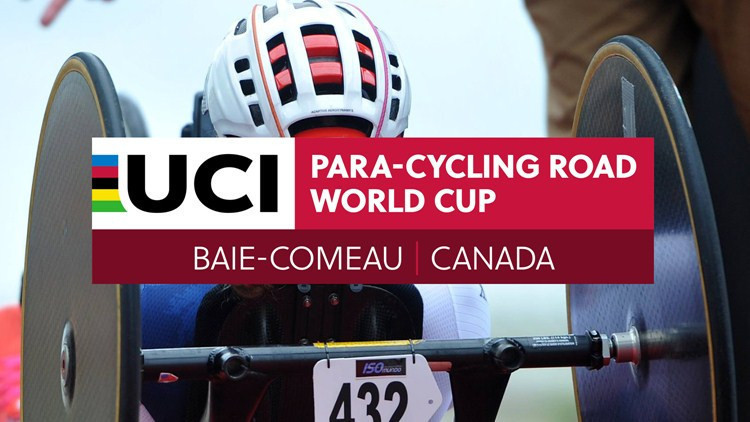 The United States made a winning start to the Para Cycling Road World Cup at Baie Comeau in Quebec as it won the team relay handbike mixed elite event that opened five days of competition.

The US trio of Brandon Lyons, William Groulx and Alfredo Delossantos finished top after accruing 20 points at the International Cycling Union (UCI) event.

Time trials and road races are taking place across the Paralympic divisions.

The event in Canada follows previous International Cycling Union Para-cycling Road World Cup legs in Ostend in Belgium from May 3 to 5 and in Emmen in The Netherlands from July 6 to 8.

Canada will be seeking to repeat the medals success they enjoyed in Italy at the World Championships.

Shelly Gaultier was among the winners in claiming the 14th world title of her career in the T1 division.

Other gold medallists included Michael Sametz in the men's C3 event and Tristen Chernove in the C2 division.