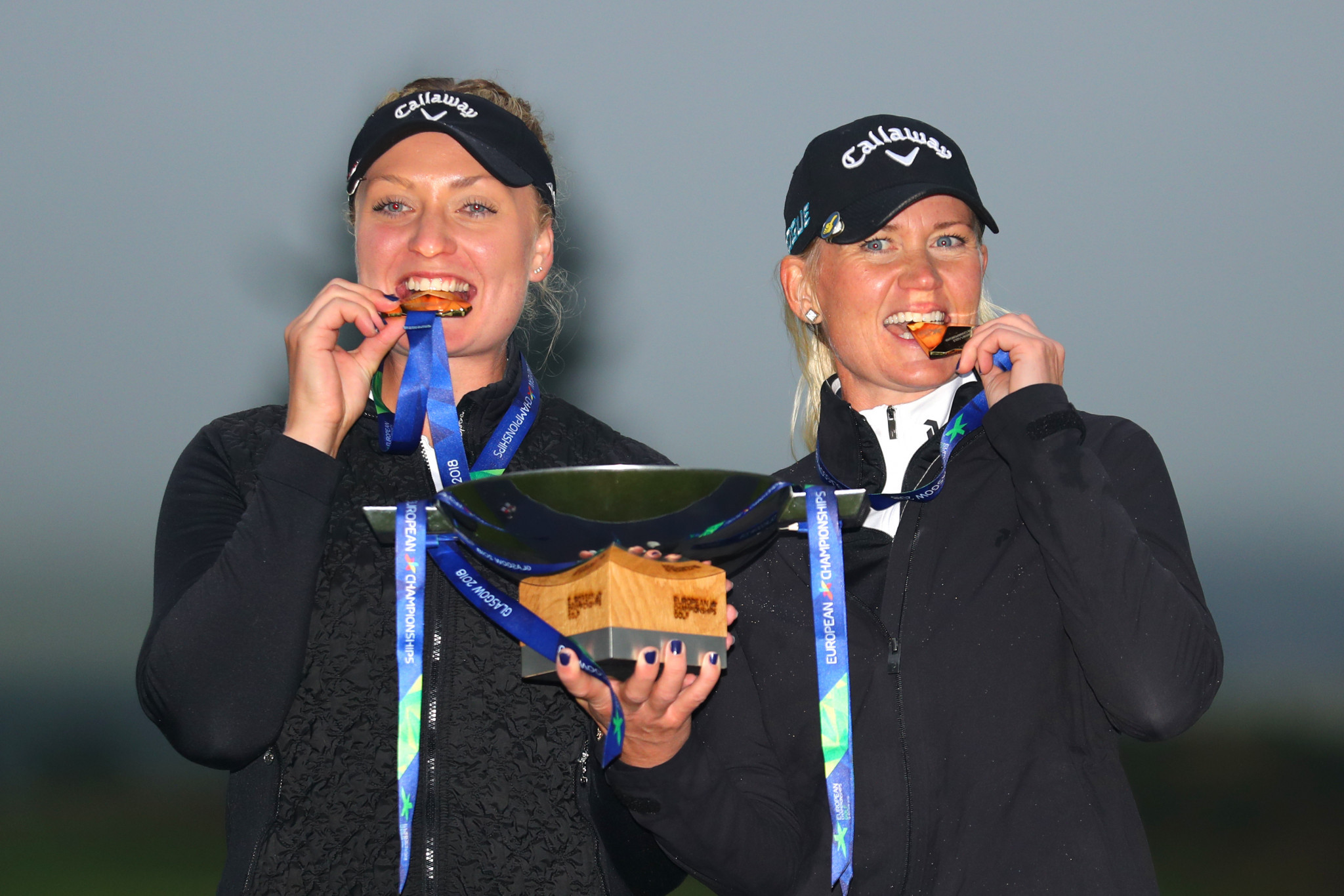 Spain and Sweden were crowned winners of the men’s and women’s team golf tournaments as five days of action drew to a close here today.

Competition resumed at the semi-final stage of the tournament, following the interlude for the mixed team event, which was won by Iceland.

France and Sweden would both overcome British teams to set-up a final in the women’s competition, with action taking place in a foursomes format.

Cajsa Persson and Linda Wessberg would hold a hard-fought one shot lead heading into the final holes of the course, which will hold next year’s Solheim Cup.

The Swedish duo faltered on the 18th hold, with France’s Justine Dreher and Manon Molle forcing a playoff.

Persson and Wessberg recovered from the setback to win the playoff on the second hold they contested to secure the women’s title.

Spain’s Pedro Oriol and Scott Fernandez held their nerve on the 18th to clinch victory in the men’s competition.

The duo had held a three shot lead with three holes to play in the men’s final against Axel Boasson and Birgir Hafthorsson.

The Icelandic pairing would win the next two holes to close the gap to one, but they were unable to force a playoff as Oriol and Fernandez won the 18th to end two up.

"Before playing this tournament, Scott Fernandez and myself were talking about the gold medal and we did it,” said Oriol.

“It's an honour to play for Spain.

“It's an honour to win a gold medal for Spain.

“I’m actually a little choked up."

Italy's second team of Francesco Laporta and Alessandro Tadini bounced back from their semif-final loss to the victorious Spanish team.