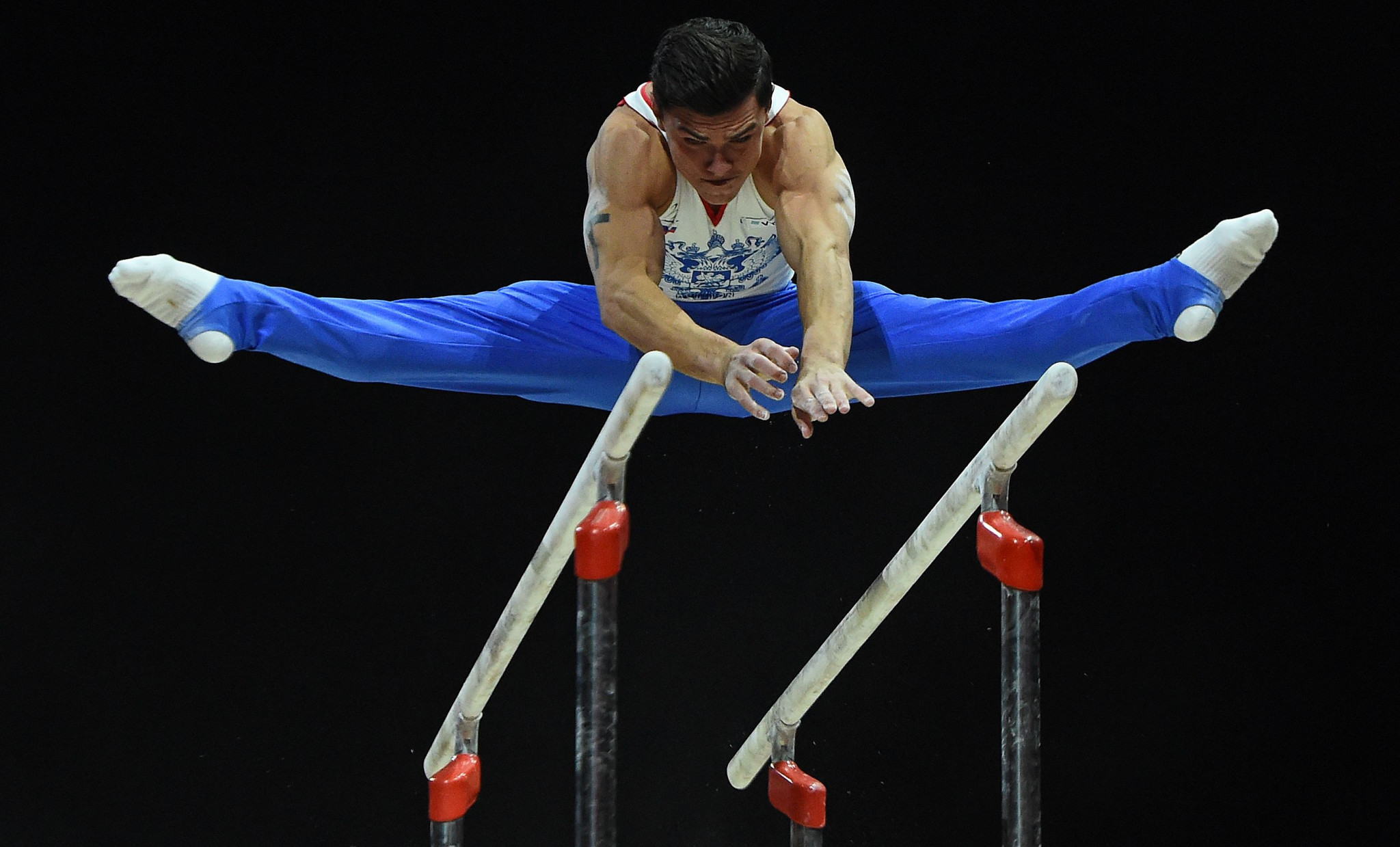 He then led a Russian one-two finish in the parallel bars with 15.433 points as David Belyavskiy took the silver medal with 15.166.

Dalaloyan also won the bronze medal in the floor exercise, an event in which Great Britain's Dominick Cunningham triumphed with 14.666 points and Israel’s Artem Dolgopyat came second with 14.466 - the same score as Dalaloyan.

His three medals made him the most successful gymnast in the finals.

"It was the first time that I have competed in three events in one competition and I think I was maybe a little bit nervous," Dalaloyan said.

His floor routine contained a small mistake which probably cost him a higher-calibre medal.

"Maybe this mistake made me better for the rest of the tournament, where I won two gold medals,” Dalaloyan added.

Russia’s Dmitrii Lankin was the bronze medallist in the vault with 14.666 points, while Switzerland’s Oliver Hegi rounded out the parallel bars podium with 14.633.

The much-anticipated showdown on pommel horse between Ireland’s Rhys McClenaghan and Britain’s Max Whitlock resulted in the latter losing his stride early into his routine, coming off the horse.

This left the door wide open for the 19-year-old McClenaghan to secure his first senior European title, which he did with flair and the highest score he has ever achieved - 15.300 points.

"I said at the start I wanted to make history for Ireland again, and why not make it the gold?" McClenaghan said.

Defending champion Belyavskiy just missed out on the podium, finishing fourth with 14.800 points.

The single highest score of the day was 15.466, awarded to Greece’s Eleftherios Petrounias for his superlative rings exercise.

The final event of the day, the horizontal bar, was won by Switzerland, when Hegi outswung the Dutchman Epke Zonderland who had to settle for the silver medal.

Hungary’s David Vecsernyes was the bronze medallist with 14.033 points.

Russia, the winners of the men's team final yesterday, finished at the summit of the artistic gymnastics medal table with four golds, two silvers and three bronzes.