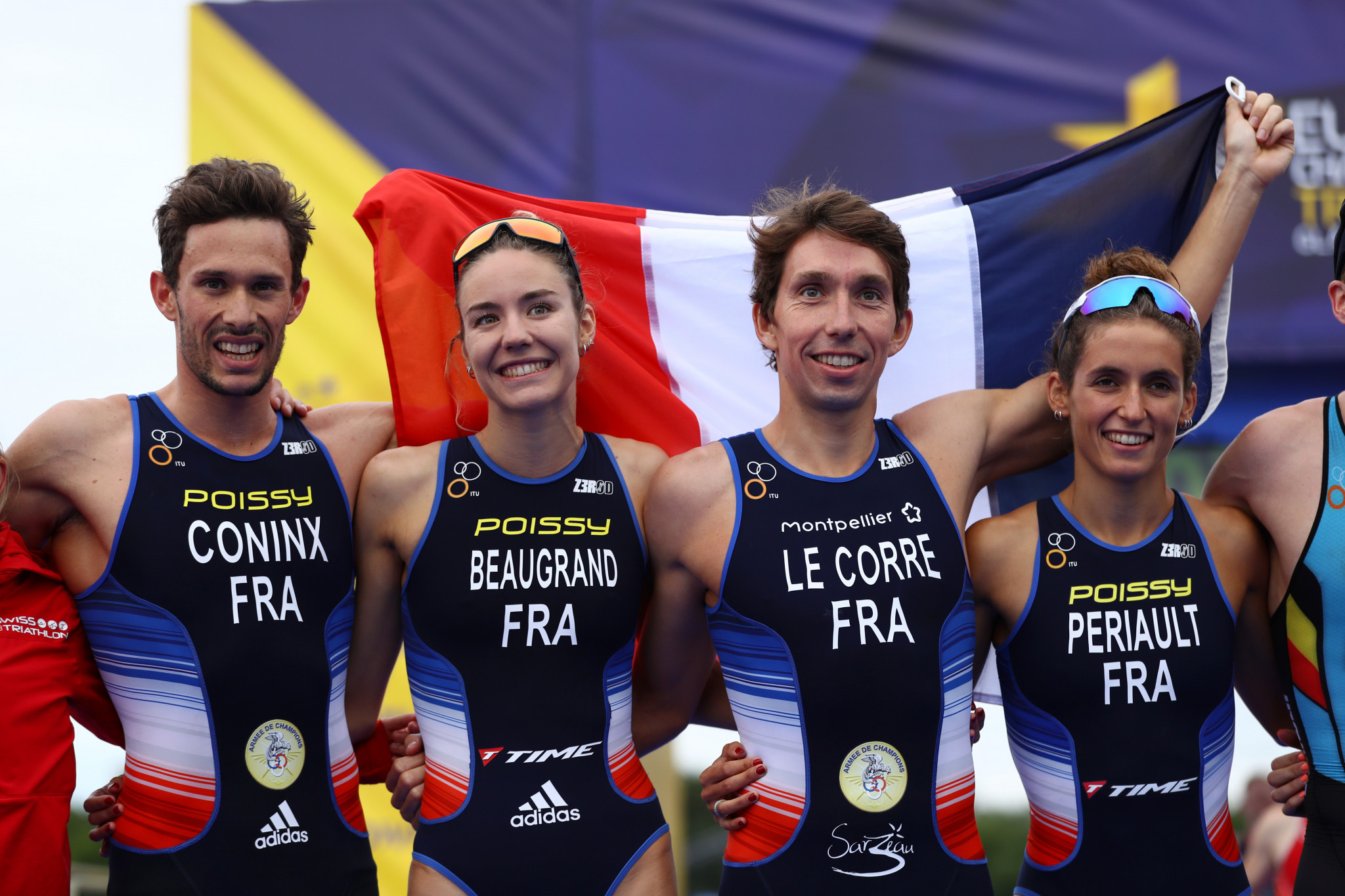 France underlined their domination of triathlon when they were crowned mixed team relay champions here at the Glasgow 2018 European Championships today.

The French team, who were gold medallists at last month's World Championships in German city Hamburg, were on top in the four legs and triumphed in 1 hour 15min 7sec at Strathclyde Country Park.

After a quick exit from the water, it was a strong start for Belgium.

Claire Michel, fifth in the women's event on Thursday (August 9), set the pace on the cycling section together with Frenchwoman Leonie Periault.

France, Belgium and Portugal went first into the second leg, with men's individual gold medallist Pierre Le Corre of France keeping the rhythm and being caught on the run segment by silver medallist Fernando Alarza of Spain and Belgium's Jelle Geens.

At the following handover, Olympic champion and six-time gold medallist Nicola Spirig showed all her power to give Switzerland the lead on her leg, followed by France’s Cassandre Beaugrand, who won the bronze medal in the women’s event.

The gap Spirig created disappeared in the swimming section of the fourth leg.

France’s Dorian Coninx and Switzerland’s Sylvain Fridelance worked together until the former stretched away comfortably for victory.

"We knew that the Swiss and Belgium were two strong teams and it was not a surprise," Coninx said.

"We knew it would be hard."

Great Britain should have expected a podium spot but last-minute changes to the team proved disruptive.

Beth Potter lost contact during the swim and Britain were never able to get back in touch, despite loud support from the crowd.

The mixed relay will be part of the Olympic Games programme for the first time at Tokyo 2020.