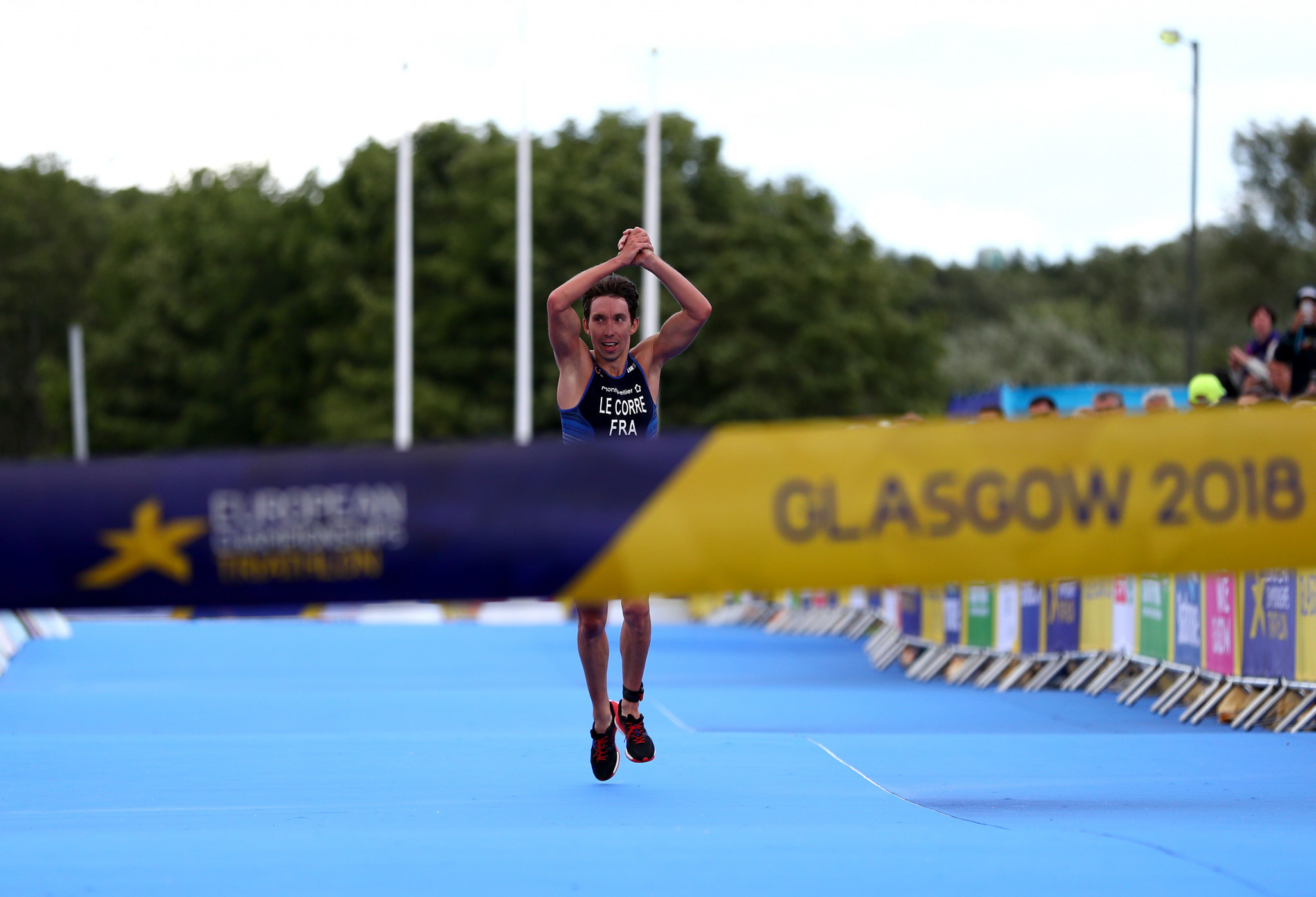 France’s Pierre Le Corre was crowned men’s European Championships triathlon champion after holding off the storming Fernando Alarza of Spain in the closing stages at the Strathclyde Country Park.

Le Corre was part of a nine man leading group which emerged after the 1,500 metres swim and 40 kilometre bike leg of the race.

It was the run which decided the outcome of the race, with Le Corre hitting the front immediately with Belgium’s Marten van Riel.

Both triathletes were chased by double Olympic champion Alistair Brownlee, the home favourite quickly drawing level in the early stages of the 10km run.

There was intrigue as to the fitness of Brownlee, who has focused on training for ironman in recent months, as well as having nursed injuries.

The Briton’s lack of race fitness over the Olympic distance started to show as Le Corre and van Riel began to pull away as the final lap of the run course approached.

Brownlee was then hunted down by Spain’s Alarza, who had spent much of the race trying to close the 55-second time loss he had suffered during the swim.

Alarza set his sights on catching van Riel fter the Belgian being dropped by Le Corre, who strode towards victory.

He held off Alarza, across the line in a winning time of 1 hour 47min 17sec.

Le Corre admitted he had been "scared" by Brownlee and benefited by the Briton not being in his "best shape".

"I was really scared of him because I know he's an opponent who is really hard to beat but today was my day," he said.

"Alistair is not in his best shape right now, I could see it, but he will be back.

"Fortunately for me, he was not great today."

Alarza produced a run time over one minute clear of Le Coree and van Riel, while he was over two minutes quicker than Brownlee.

He still had to settle for the silver medal and was left to rue his difficult start as he ended 11 seconds behind Le Corre.

"I am super happy, it's my first medal at the European championships," said Alarza.

"The swim was a bad swim for me, I had to fight a lot and the bike was very hard as well.

"But in the second transition I thought I could do this and take a medal but I did not know which colour."

Van Riel completed the podium places after finishing in a time of 1:47:40, with Brownlee missing out on a medal in fourth after ending 32 seconds further behind.