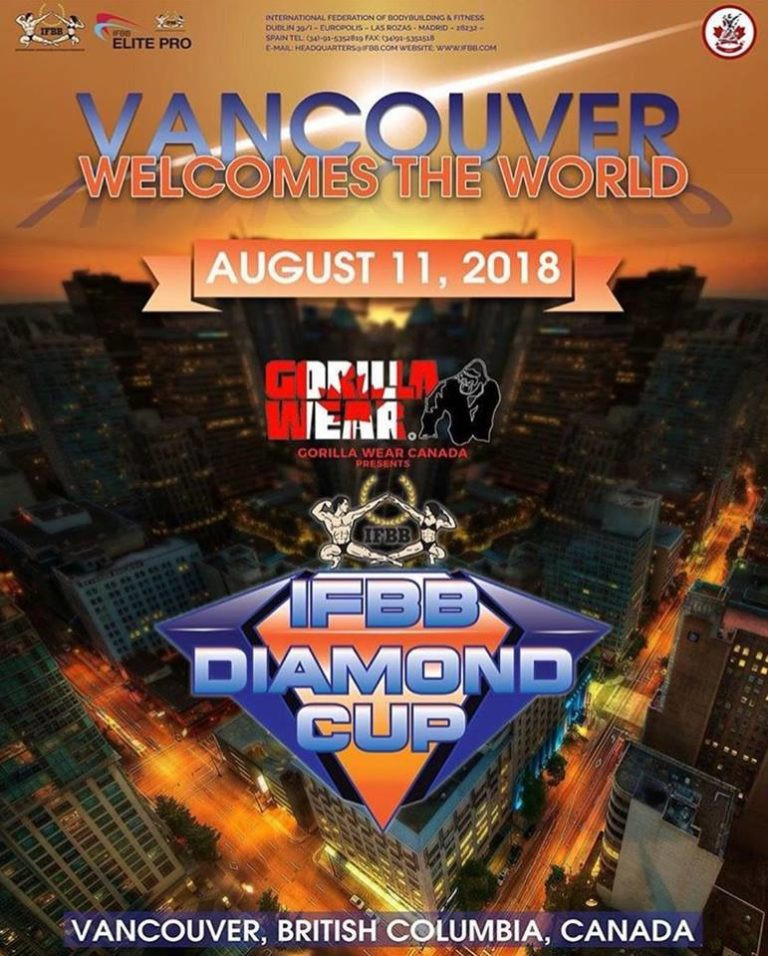 Athletes from across North America and the Caribbean are set to battle it out at the latest International Federation of Fitness and Bodybuilding (IFBB) Diamond Cup in Vancouver this weekend.

The event at the Hard Rock Casino in the Canadian city is open to competitors from the host nation, the United States and from Caribbean countries such as Jamaica.

It offers athletes the chance to earn ranking points and is also included in the elite pro qualifier.

All the winners in the open and masters categories will also allow athletes to IFBB elite pro card.

Junior, master and absolute divisions in the bodybuilding, body fitness, bikini fitness, women and men's physique, classic bodybuilding, and women’s wellness categories are due to be contested in Vancouver.

It marks the second major fitness and bodybuilding event to be held in Canada after Montreal staged the Pro Qualifier event in Laval City.

The top 15 from the current year at the Canadian Nationals and Canadian International events qualifiers, as well as the top five from all national level events in 2017 and top five from the 2017 Ben Weider Legacy Cup and Diamond Cup, are qualified for the Diamond Cup.

The event begins tomorrow and concludes on Sunday (August 12).