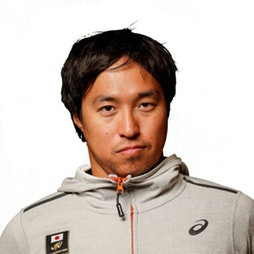 Japan claimed six of the eight gold medals on offer at the first Paratriathlon Asian Championships to be held in The Philippines today.

Hong Kong briefly broke the Japanese success as Kim Wa Chu crossed the line in 1:05.18 to seal the title in front of Japan's Satoru Yoneoka and Zhaladin Abduvaliev of Kyrgyzstan, silver and bronze medallists respectively.

China’s Jiachao Wang claimed top honours in the men's PTS4 race, clocking 1:04.25 in an event where both competitors from the host nation - Cebuano Alex Silverio and Sixto Ducay -were disqualified.

Hideki Uda of Japan did enough for the silver medal and the bronze went to Nurbek Toichubaev of Kyrgyzstan.

Both of the two entrants in the women's PTVI were Japanese, guaranteeing them the gold medal, as Atsuko Maruo edged Keiko Suzuki with a time of 1:20:19.

Japan's Wakako Tsuchida took gold in the women's PTWC event by virtue of being the only athlete entered into the race.

This was also the case in the women's PTS2, where Japanese triathlete Yukako Hata was the sole competitor on the start line.