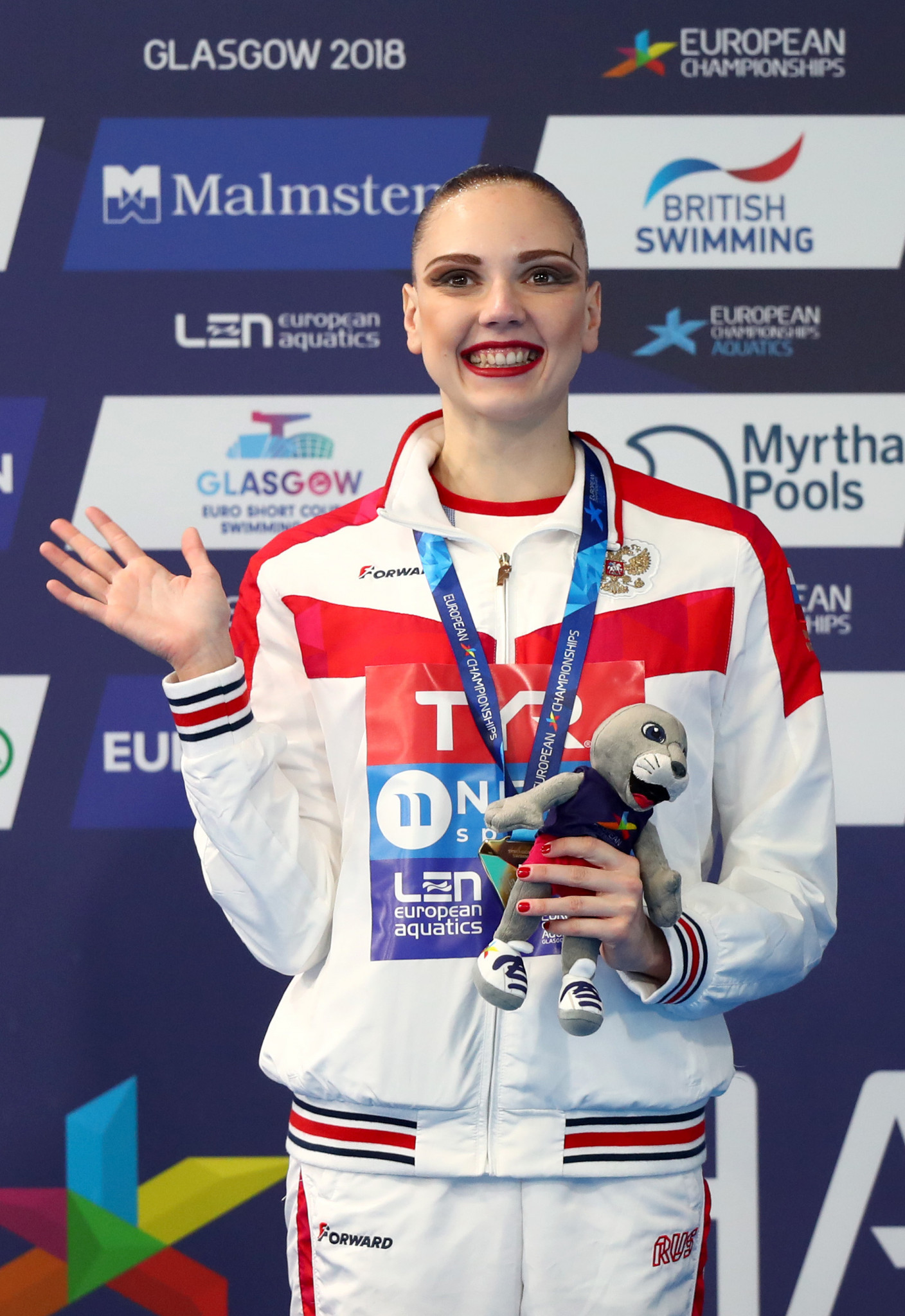 Kolesnichenko, who had already won gold in both the solo technical and team technical events, continued her and Russia’s dominance by winning the duet free final alongside Varvara Subbotina at the Scotstoun Sports Centre.

Their score of 96.7000 saw them take gold by 3.3000, ahead of Ukraine's Anastasiya Savchuk and Yelyzaveta Yakhno in second.

The bronze went to Italy's pair of Linda Cerruti and Costanza Ferro, who scored 92.1333.

"We felt like mermaids and we wanted to show that and pass that on to the crowd and the judges," Kolesnichenko said.

"It was inspired from the Rio Olympic Games.

"It's a good routine and we've been successful with it, but I think we will let it go under the water after this event."

Kolesnichenko's partner Subbotina, at just 17-years-old, could be winning medals for Russia for years to come, which is something Kolesnichenko recognised.

"She's a great sportswoman, she's strong and clever and she can fight when needed - 17 years old is young but she has the mind of someone older," she said.

"She has a bright future."

That win marked Russia's sixth gold of the Championships, but Kolesnichenko would claim yet another in the solo free.

Her score of 94.9333 was enough to give Russia their seventh gold, ahead of Italy's Linda Cerruti in second who scored 92.5000 and Ukraine's Yelyzaveta Yakhn in third, who managed 92.1333.

Speaking after her final event of the Championships, Kolesnichenko said she was exhausted.

"I'm going to sleep now and I'm sleeping for a week," she said.

"I am happy but I am also so tired that maybe I will be happier in a week.

"I'm happy the Championships is finished because I want to rest."

Asked what makes Russia so good at artistic swimming, she said it is simply a case of how hard they work.

"Everyone says 'oh Russia, they are so good at synchronised swimming' but it is hard to be first all the time.

"It is work and more work.

Russia won all but one of the gold medals on offer, failing to take only the combination free final.