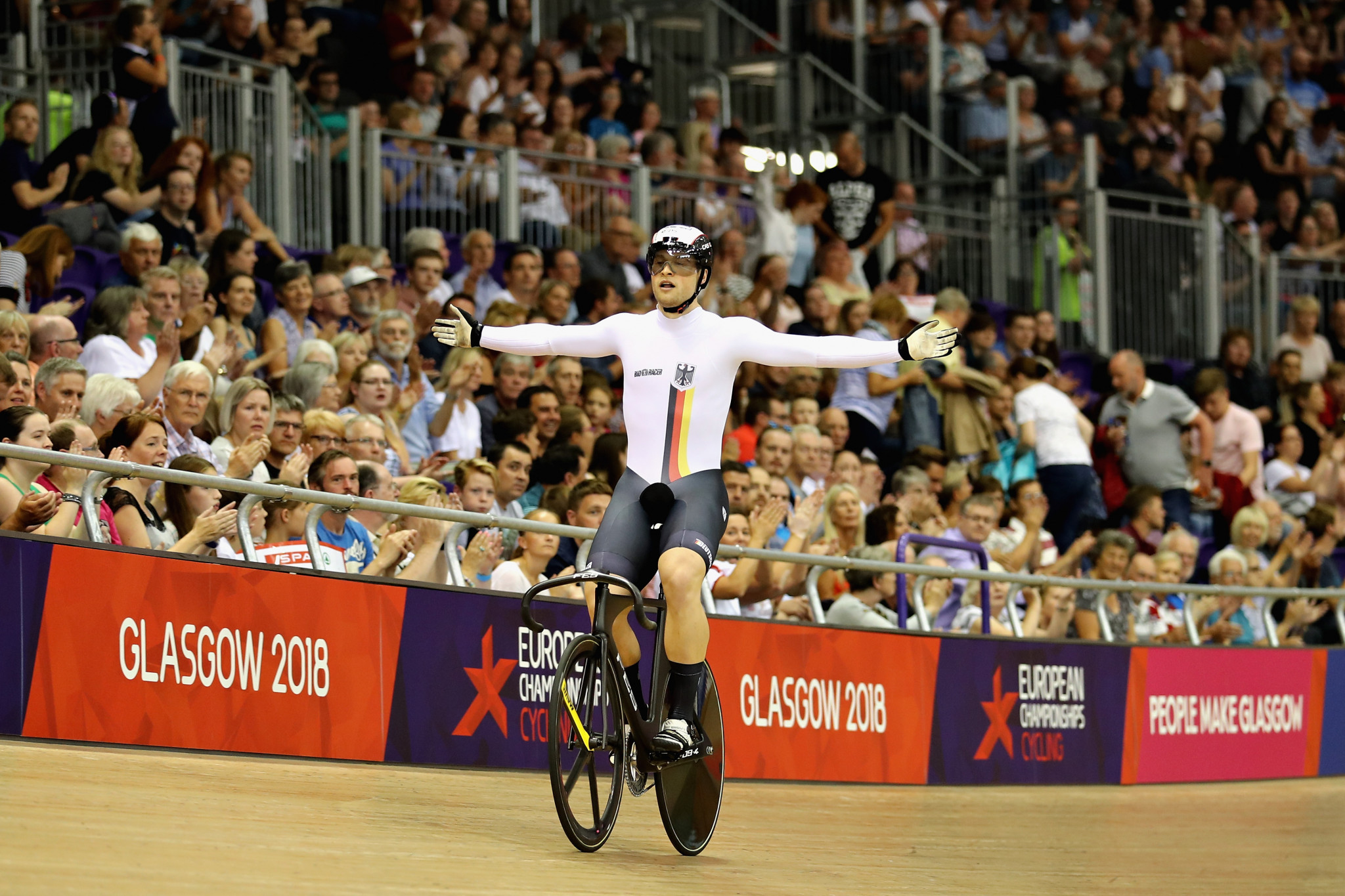 Stefan Botticher and Mathilde Gros sprinted to keirin gold on the final day of track cycling competition at the European Championships here.

Germany’s Botticher finished as the runner-up in the men’s sprint yesterday, following team sprint bronze earlier in the Championships.

His pursuit of the elusive gold continued as he successfully negotiated the opening two rounds of the men’s keirin to reach the six rider final.

There was uncertainty as to where the medals had gone in the final event of the six day cycling programme as four riders lunged for the line in an explosive contest.

Botticher was eventually awarded the gold medal, as he was shown to have held off the challenge of the eventual silver medallist Sebastien Vigier of France.

A final cheer went around the velodrome when it was confirmed Britain's Jack Carlin had earned the bronze, with the home favourite pushing France's Quentin Lafargue into fourth.

France's Gros won the women's event in impressive style, with the 19-year-old holding off a strong field to secure her second medal of the Championships.

The women's sprint bronze medallist went shoulder to shoulder with world champion Nicky Degrendele of Belgium around the final bend of the race.

Gros would edge her opponent to clinch the gold, with Degrendele forced to settle for the silver medal.

The bronze medal was claimed by Daria Shmeleva, which rounded off a stunning Championships for the Russian.

Shmeleva would end with a medal in each of the four events she contested, with the bronze following her gold medal success in the 500 metres time trial and the individual and team sprints.

There was one final track cycling gold for Britain, with the home crowd able to watch Matthew Walls claim gold in his first major international championships.

The 20-year-old won the men's elimination race, as he beat Portugal's Rui Oliveira in the last sprint of the competition.

"This is my first major championships and to get the win is just mega," said Walls.

"I'm really happy with it.

"I came in today with some plans on how I wanted to do it and I felt on the first few laps that I had good legs, so I knew that I could lead from the front.

"That's what I did and it paid off.

"To come off with a win is unbelievable to be honest."

British hopes of another gold medal were high with Laura Kenny partnering Katie Archibald in the women's madison competition.

The duo were expected to duel the Dutch pairing of Amy Pieters and Kirsten Wild, with the latter set to rival Archibald for a second day after their battle in the women's omnium.

Wild looked on course to get the better of Archibald again as, alongside Pieters, they won three of the opening four sprints of the event to move into the lead.

While the battle between the Dutch and British continued to unfold, a new dimension was added when Denmark's Amalie Dideriksen and Julie Leth gained a lap on the field with Russia's Diana Klimova and Gulnaz Badykova.

The lap gain saw the Danish pairing move into the overall lead, with the Russians also locked in medal contention with The Netherlands and Britain.

Dideriksen and Leth would continue to add to their tally, with the duo holding an unassailable lead going into the final sprint, which was worth double points.

Kenny and Archibald would come second in the final sprint, but it was not enough to secure a podium place.

They ended on 28 points, with the Dutch team taking the bronze on 34 points.

The Netherlands would end top of the track cycling medals table with five golds and three bronze.