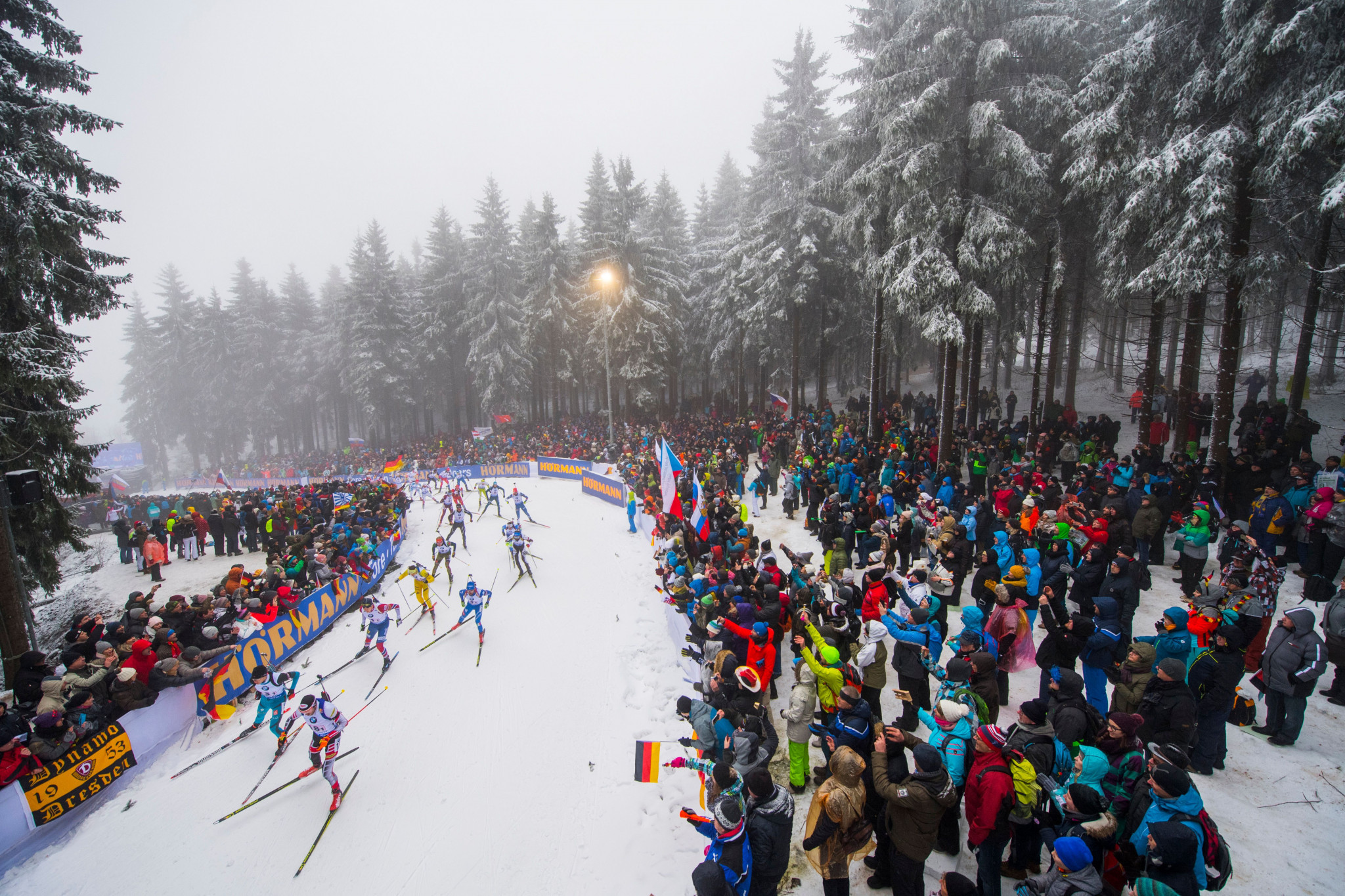 A joint proposal by Pokljuka, Oberhof and Nové Město na Moravě to host the respective 2021, 2023 and 2024 editions of the International Biathlon Union (IBU) World Championships has been deferred by the world governing body's Executive Board.

The proposal, jointly made by national federations from Germany, Slovenia and Czech Republic at a Board meeting in Salzburg, would see all three editions awarded at next month's Congress in Porec in Croatia.

"With referral to the current IBU rules, the Executive Board decided not to take any action but pointed out that National Federations can make motions from the floor during Congress," the IBU said in a statement afterwards.

Tyumen in Russia was originally due to host the 2021 event but was stripped of its hosting rights amid the Russian doping scandal.

Oberhof and Nové Město na Moravě had been expected to lock horns in a contest for the 2023 event, but a proposal to jointly award 2023 and 2024 would ensure an opportunity for both.

Many of the other discussions at the IBU meeting centred around the fallout of the Austrian police investigation implicating Anders Besseberg and Nicole Resch, who stepped down as IBU President and secretary general respectively.

An amended Code of Ethics has also been approved by the IBU Board subject to Congress ratification in a bid to avoid similar problems happening in future.

A statement explained that the enhanced Code "includes the establishment of a new IBU Ethics Commission which would consist of three external members, one member of the IBU Legal Committee and one IBU Elected Auditor".

It added: "Moreover, an independent IBU Ethics and Compliance Officer would be installed.

"The Code will now be presented to the Congress for adoption.

The IBU Congress is due to take place in Porec from September 5 to 9.

Updates were also given by the Working Group investigating data from the McLaren Reports and the information from the Laboratory Information Management System database at Moscow Laboratory, revealed by the World Anti-Doping Agency.

Future cooperation with the International Testing Agency to administer drug-testing on behalf of the IBU was also discussed - although no commitment was given.

More updates on all of these matters are due to be provided at the Congress.