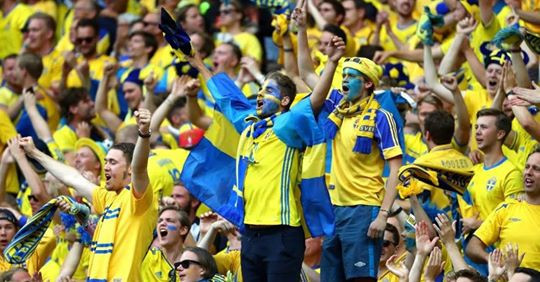 The host nation were locked at 2-2 at half-time against Germany before a superb second half powered them to a 7-3 victory.

Johnny Lekander and Hakim Rouass each scored twice in front of a 1,200-strong crowd at the Tingvalla IP Stadium.

The event is taking place in stadiums in four towns: Tingvalla IP and Örsholmens IP in Karlstad, Sannavallen in Kristinehamn, Solviksvallen in Arvika and the Sannerudsvallen in Kil.

GOAL Sweden leading by 7-3 against Germany.

It is set to continue until August 18.

Three-time defending winners Saudi Arabia are due to play against European champions Poland, Japan and Russia in Group B.

South Africa were also due to compete in Group A but were a late withdrawal, with all other teams to be awarded an automatic 3-0 victory.

Saudi Arabia are due to begin the defence of their title against Russia tomorrow.