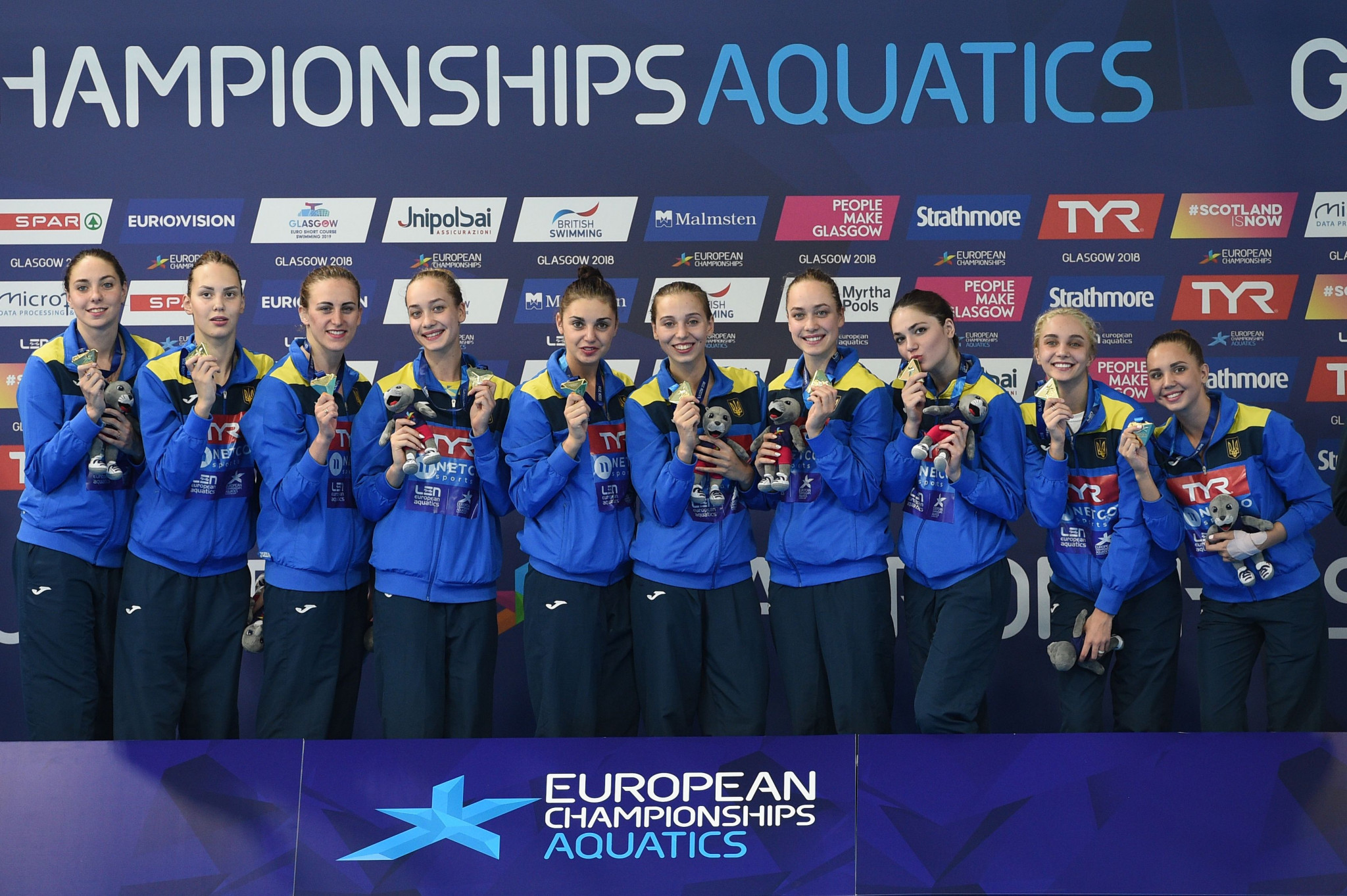 The Ukrainians were the first to compete in today’s final and posted a score of 94.4667 points that none of their opponents were able to match.

"This is a very important competition - the main competition for this year," Ukraine’s Maryna Aleksiiva said.

"The team is very pleased to compete for Ukraine and for the people, our organisation.

"We are happy to be here, the country is beautiful and the people are very nice."

Italy pipped Spain to the silver medal just a day after they snatched bronze from their rivals in the team free routine final.

"We were not surprised that we were able to fend them off," Italy's Linda Cerruti said.

"Yesterday, they were very close behind, but today we were ahead."