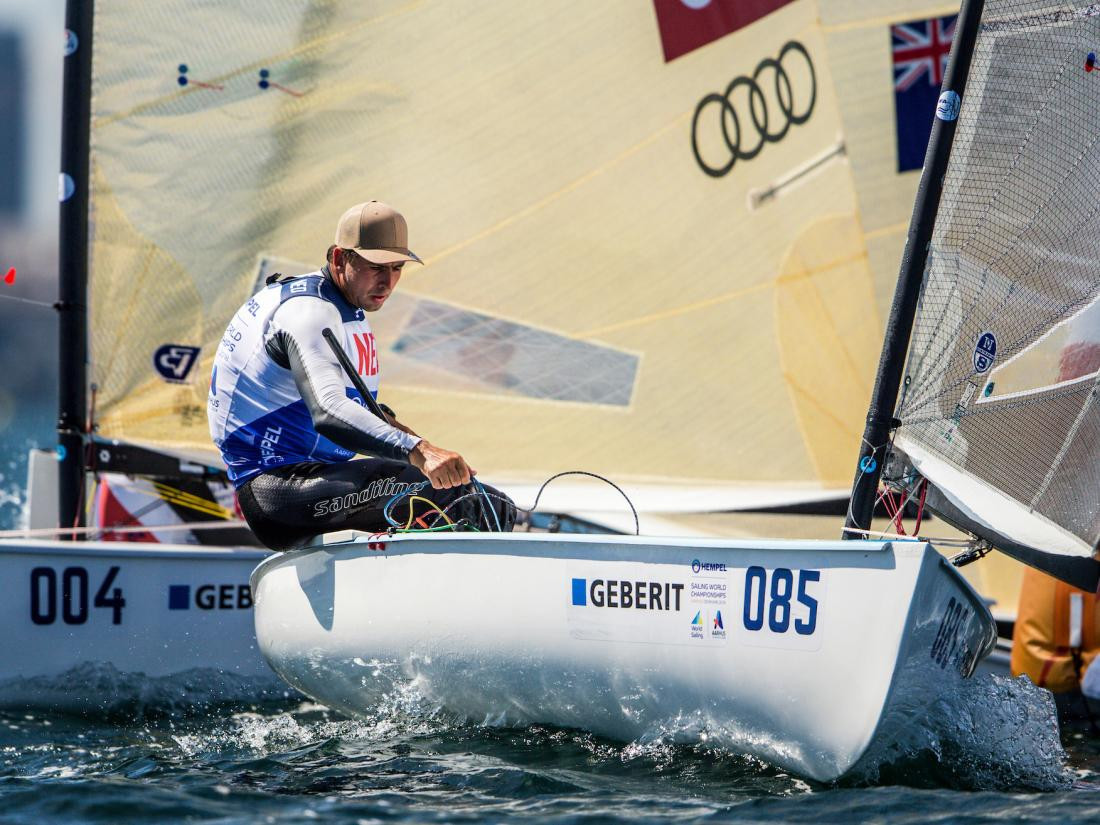 Calmer conditions prevailed on the second day of racing at the Sailing World Championships in Aarhus, and two Dutch rivals for an Olympic place in the Finn class got to grips.

Racing in separate qualification fleets were 29-year-old Nicholas Heiner and 36-year-old P-J Postma, who offered his younger compatriot an unexpected and doubtless unwelcome challenge when he announced two months ago hat he was making a late comeback in a bid to represent The Netherlands at the Olympics in the Finn for the fourth time.

After a 14th place in tricky winds yestrday, Postma was imperious in his first race, leading off the line and managing the field consummately until the end.

The 2007 World Championship silver medallist followed that with two third places to lead the overall standings.

Heiner is in sixth after a seventh, fifth and third place, but his sixth place yesterday means he probably still has a discard up his sleeve.

"For me it’s Olympic trials," Postma said with a smile.

" need to be the best Dutchman here.

"It’s quite a challenge."

For Heiner, the 2014 World Championships are still strong in the memory – he was the Laser world champion in Santander but did not get the selection for Rio 2016.

Meanwhile the huge Laser and Laser Radial fleets got underway and it was the Dutch Rio 2016 champion and three-time world champion Marit Bouwmeester was soon near the top of the leaderboard, although her young compatriot Maxime Jonker, won the first race ahead of her.

The 165 Laser boats were split into three fleets.

New Zealand Rio 2016 bronze medallist Sam Meech won boht his races and there were few surprises, with all the main contenders are lying in the top 10.

In the women’s 470, Hannah Mills, Britain’s Olympic champion at Rio 2016 and new crew Eilidh McIntyre put a difficult opening day behind them by winning both their races.

Suprisingly, however, Australia’s defending champions Mat Belcher and William Ryan, the silver medallists at Rio 2016, slipped from third to 10th.

The forecast is good again for tomorrow, by the end of which all classes should have had Championship races.