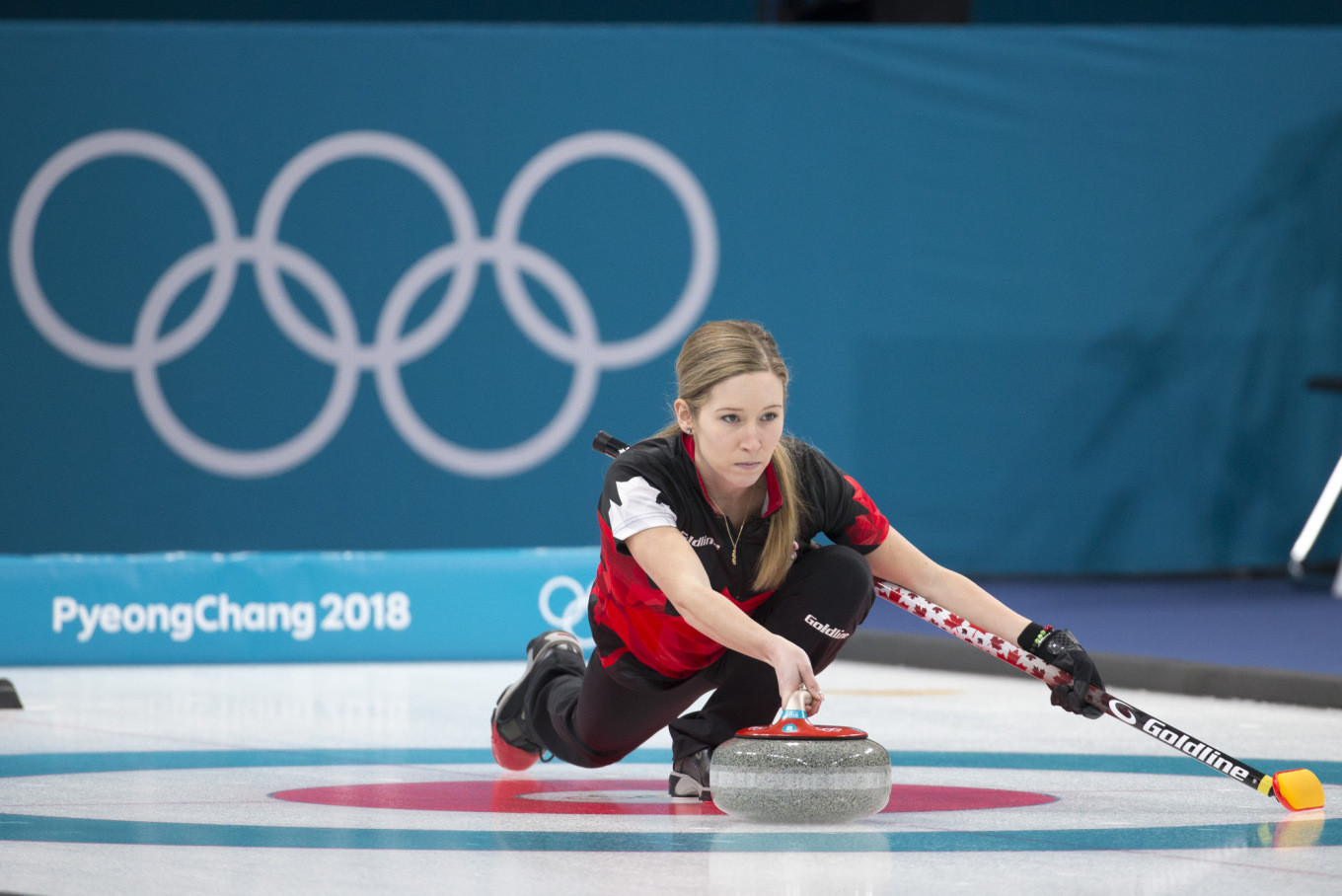 A huge mural in honour of Canada's double Olympic gold medallist Kaitlyn Lawes has been unveiled at St. Vital Curling Club in Winnipeg.

The mural covers the entire west side of the building and recognises the achievements of Lawes, winner of the Olympic gold medal with partner John Morris in the mixed doubles at Pyeongchang 2018.

The new mural, painted by local artist Michel Saint Hilaire, shows a gold medal on a blue background, along with the winning duo’s names.

Lawes is also part of another mural on the club, commemorating skip Jennifer Jones’s Olympic gold medal at Sochi 2014 when she was part of the team.

The Pyeongchang 2018 victory made Lawes and Morris the first Canadian curlers to win two Olympic gold medals, with Morris having been part of the Canadian men's team that won at Vancouver 2010.

It also made Lawes the first curler to win gold medals in two consecutive Olympics.

Lawes has trained at St. Vital since moving there to join Jones' team, which won the World Championships title in North Bay this year.

"For the last nine years, this has been home," the 29-year-old told the Winnipeg Free Press.

"I hope these murals can help our next generation of athletes realise it is possible to chase their dreams."