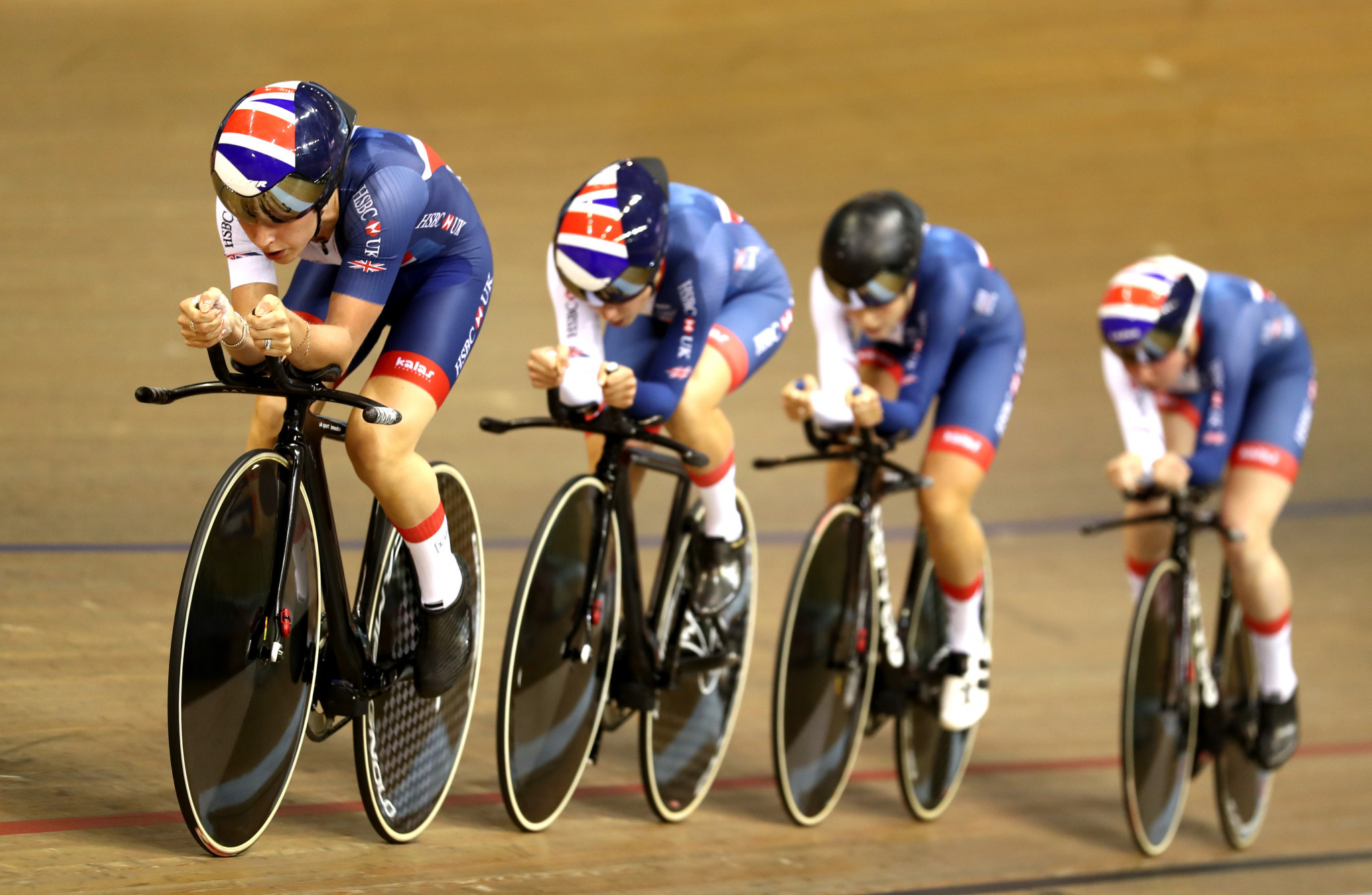 Britain posted the fastest time in women’s team pursuit qualifying to ease into the second round as track cycling action began at the European Championships here today.

The British quartet of Laura Kenny, Katie Archibald, Elinor Barker and Eleanor Dickinson featured three members of their Olympic gold medal winning line-up, the latter the only member not present at Rio 2016.

A top-four place would have been enough to keep their gold medal hopes on track, but the British squad, the penultimate squad to take to the track, posted the quickest time.

The Italian team proved unable to match their rivals, finishing 2.6 seconds off the pace to qualify as the second fastest team.

Britain are due to meet fourth placed France in tomorrow's first round, while Italy will take on Germany, the third fastest.

The winners of those ties will advance to the gold medal, while the losers could still compete for the bronze medal, depending on their time in the round.

Italy’s Elisa Balsamo claimed she was happy to avoid facing Britain in the first round.

"We didn't go that bad, my feelings weren't that great," Balsamo said.

"But in general we put down a nice team performance."

Balsamo added: "We aimed for the second best time, so we are happy with that.

"Our goal was to avoid the Brits, so we made it.

"I didn't watch their performance because I already know them very well, it wasn't a case of watching them again.

"Everybody knows they're really strong, a very solid team, they won many Olympic medals so we all know they are like that.

"Last year at the European Championships we beat them in the final, but they showed up with a different squad.”

While Italy avoided Britain in the women’s competition, they are set to face them in the men’s first round.

They will go head-to-head in the first round.

Britain completed the top four by ending in 3:58.529, leaving them to face top qualifiers Italy.