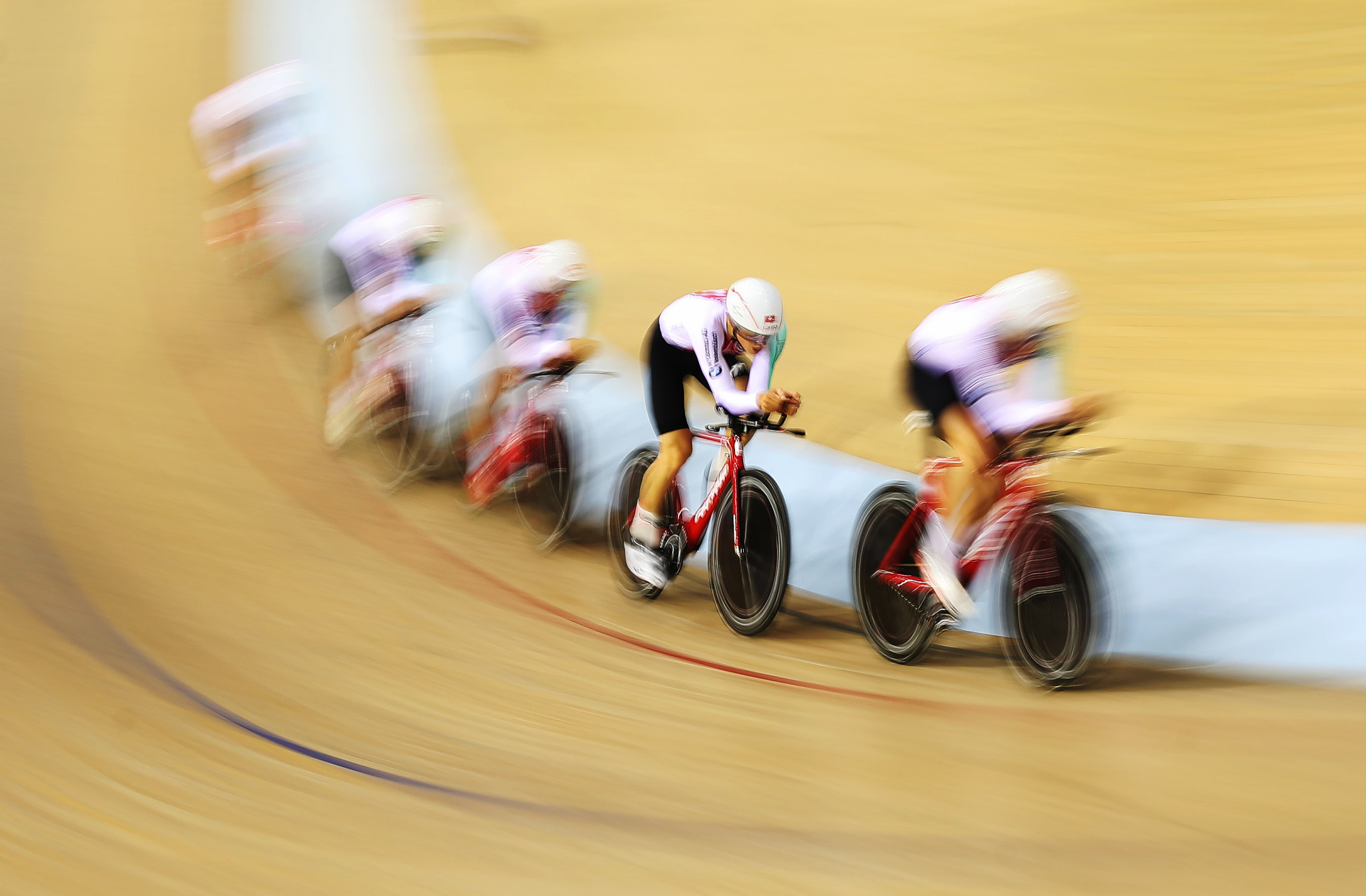 Cycling competition at the inaugural European Championships is set to begin tomorrow at the Sir Chris Hoy Velodrome as track action begins at the multi-sport event in Glasgow.

Track cycling will begin tomorrow with qualifying in both the men’s and women’s team pursuit events, where hosts Britain are the reigning Olympic champions.

Steven Burke, a member of the victorious Rio 2016 squad, will feature in the men’s line-up during the Championships.

Elinor Barker, Katie Archibald and Laura Kenny are Olympic champions who could feature in the women’s team pursuit line-up, with the latter continuing her comeback after giving birth last year.

The first track cycling gold medals are scheduled to be won on Friday (August 3), with scratch race, team sprint and team pursuit titles set to be claimed.

Both men and women will have the opportunity to clinch 11 gold medals in the track cycling competition, which marks the official start to the Tokyo 2020 qualification period.

The Olympic disciplines will be supplemented by non-Olympic events, including the individual pursuit and time trial, along with the points, scratch and elimination races.

Track cycling is due toconclude next Tuesday (August 7), with keirin gold medals the last to be claimed at the Velodrome, which hosted competition at the Glasgow 2014 Commonwealth Games.

Germany topped the medals table at the 2017 Track Cycling European Championships in Berlin.

The team earned five golds last year, with two having been claimed by sprint Kristina Vogel.

The double Olympic sprint champion will be absent from Glasgow having been hospitalised last month with a "serious spinal injury", caused be a crash in training.

According to Der Spiegel, Vogel is now out of intensive care following surgery last month after the incident.

"It is the first big international appearance of our team since Kristina's accident," said Patrick Moster, the sport director of the German Cycling Federation.

"So far, she has not only been our top performer but also a great leader.

"That will be missing.

"But we also have to lay the foundation for a successful Olympic qualification in Glasgow."

Glasgow marks the first time each of the four Olympic cycling disciplines are held as part of the same European Championships, with track, BMX, mountain bike and road events normally held separately.

The women’s road race is set to take place on Sunday (August 5) on course featuring nine loops to make a total of 130 kilometres.

Glasgow’s city centre features heavily in the course, with the race set to start and finish in Glasgow Green.

It is expected that both the men’s and women’s races will conclude in sprint finishes, with the former set to be held on the final day of the Championships in August 12.

Slovakia’s world champion Peter Sagan and Britain’s Mark Cavendish are among the high profile names to have been confirmed for the men’s event.

Both the men’s and women’s time trial events will be held on August 8, with the events starting at Riverside Museum and concluding at Glasgow Green.

Mountain bike races are scheduled to take place a day earlier, with a revamped version of the Cathkin Braes mountain bike trails course from the Commonwealth Games hosting competition.

A new Olympic standard Glasgow BMX Centre, the only new permanent venue that has been built for the European Championships, will host action on August 10 and 11.

Cycling is one of the six spots being contested in Glasgow, as part of the inaugural multi-sport European Championships.

Aquatics, golf, gymnastics, rowing and triathlon are also taking place in the Scottish city, while athletics competition will be held in Berlin from August 7 to 12.