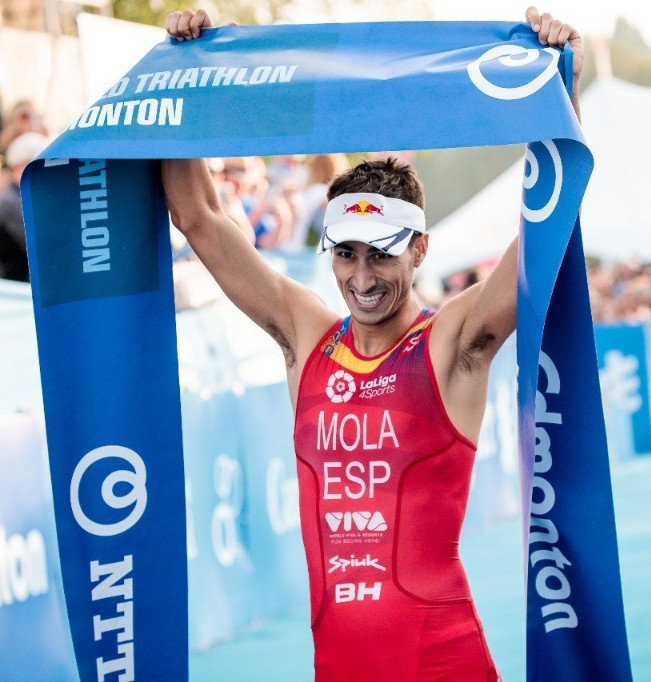 The event in the Canadian city the sixth stop of this year's Series and, on a warm evening, Holland claimed her second win of the season in the women’s race.

Team-mates of hers from Great Britain also claimed third, fourth and fifth place to top a successful day for the British triathletes on the women’s side.

Holland dominated the race from start to finish, coming out of the water in the lead pack and maintaining that position until the run when she broke away to win in 56min 51sec.

It marks her second ITU win on the course, having also claimed the title in 2015.

She now sits second in the overall world series rankings for this season, behind only Katie Zaferes from the United States.

"I was really riding high after Leeds, and I put in a really good block of training," Holland said.

"I try not to think about leading the series too much.

"Katie has had such a strong season, she hasn’t messed up any races."

The Australian Ashleigh Gentle finished in second in Edmonton, 11 seconds behind Holland, to claim her first elite women’s podium of the year, while third, fourth and fifth went to a trio of British competitors - Georgia Taylor-Brown, Jessica Learmonth and Jodie Stimpson.

In the men’s race Mola from Spain sealed his win with a surging final lap of the run to cross the finish line in 51:15 and retain the title he had won last year.

"Kristian gave me one of the toughest runs," Mola said.

"Every time I go out I try to race my best, and he made me work.

"Maybe it was harder than it looked,"

"This race is another step forward," Mola said.

"But until I cross the finish line in the [final in the] Gold Coast in next couple weeks, the race towards the World Championships is not over."

Third place went to the Australian Jacob Birtwhistle, with a group of athletes including Luis, Spain’s Fernando Alarza and Britain’s Jonathan Brownlee were not far behind in fourth and fifth respectively.

There are now just two races left of the 2018 season, in Montreal, due to take place on August 25 and 26, and then on Australia’s Gold Coast to finish at the final scheduled for September 12 to 16.