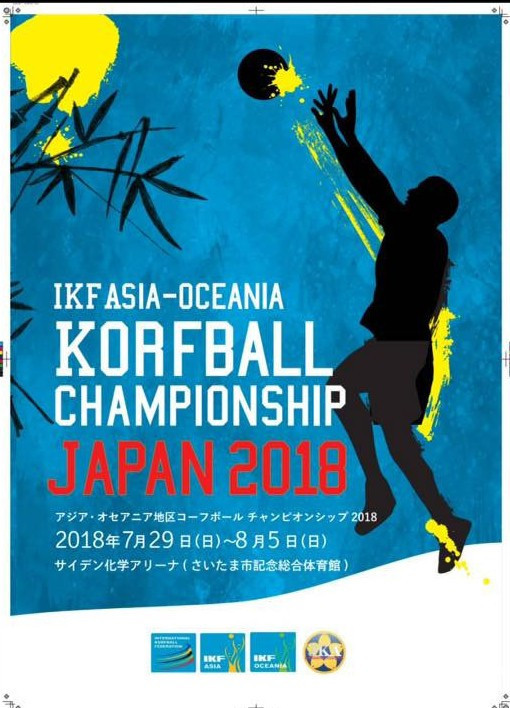 The International Korfball Federation (IKF) Asia Oceania Korfball Championship are set get underway in in Saitama in Japan tomorrow, with Chinese Taipei looking to win the title for the ninth time.

The tournament featuring the best 10 teams from Asia and Oceania, which is taking place at the Saitama Memorial Gymnasium, is due begin with Macau versus the Philippines in Pool A at 12.45pm local time.

Proceedings in Pool B meanwhile will begin at 5.15pm with the hosts Japan facing New Zealand.

Two of the other teams from Pool A, Chinese Taipei and Australia, are the only teams to have ever won the competition.

The tournament has only been held nine times in the past and Chinese Taipei have won the title on eight of those occasions.

The Australian’s are the only other team with a gold medal to their name, having lifted the trophy once in 2004.

Undoubtably the two best teams in the competition, they are due to first face each other on day four next Tuesday (August 1).

The other team to complete the line up in Pool A is South Korea, while Pool B features China, the bronze medallists in 2014, Hong Kong and Indonesia, as well as Japan and New Zealand.

Only one team from each group will fail to make it through to the knockout rounds, with the other eight teams all progressing to the quarter-finals.

Once the knock-out stages begin, if a match is ever drawn at full time, a 10-minute period of overtime will be played with the golden goal rule applying.

If following that, the game is still tied, penalties will be taken.

The competition is scheduled to end with finals day on August 5.