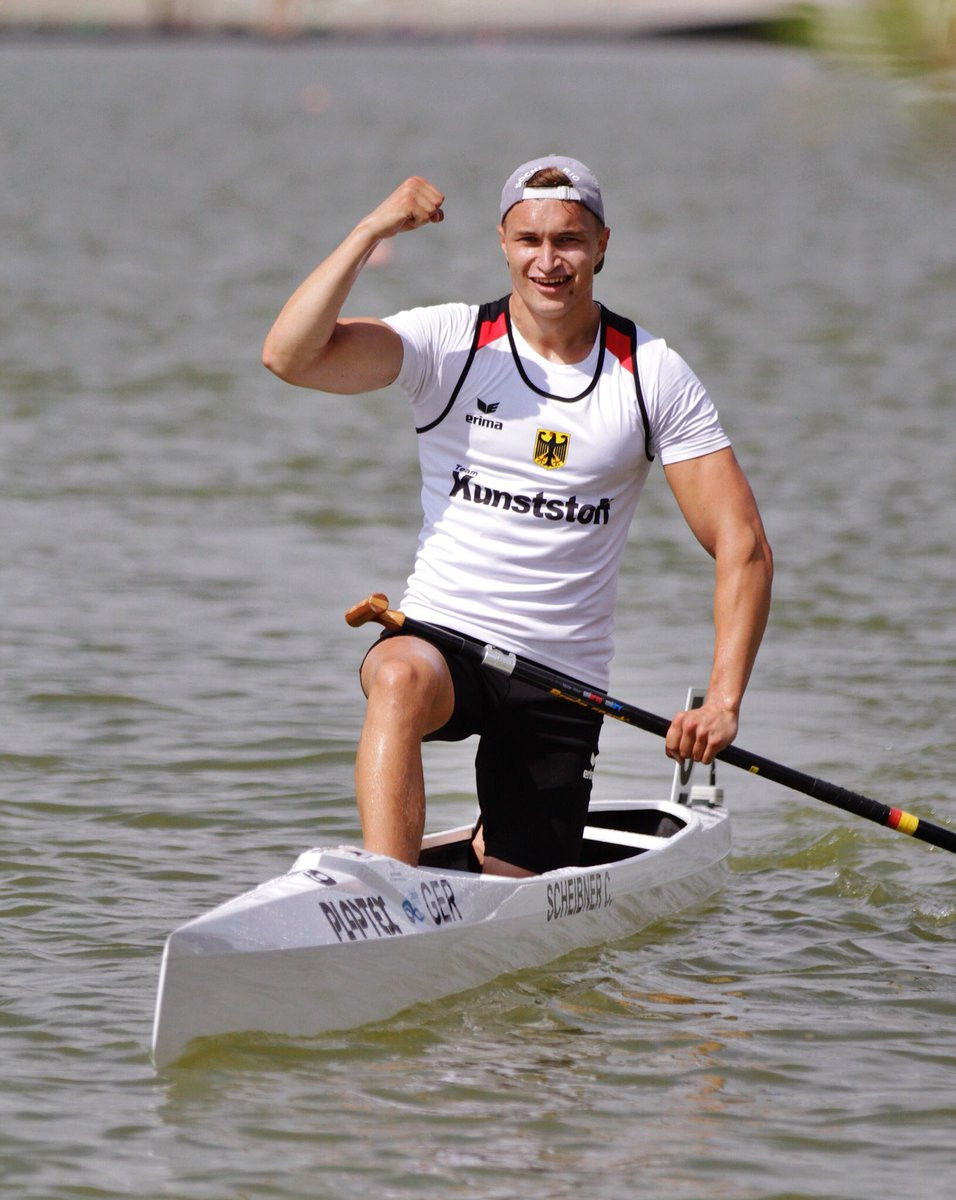 Germany and Hungary won three golds each on the first day of finals at the International Canoe Federation (ICF) Under-23 and Junior Canoe Sprint World Championships in Plovdiv in Bulgaria.

In total 14 golds were awarded on a busy day of racing, which also saw Canada and Belarus win two, while Australia, Portugal, Russia and Sweden all won one each.

The women's team competitions were dominated by Hungary, with them taking gold in the under-23 and junior K4 500 metre races.

Agnes Szabo, who races in the under-23 K4 team, afterwards said their strength in depth is "staggering".

"We have to train a lot because there are so many good girls that didn't get here," she said.

"We are lucky because we train together a lot, even though we race against each other in different K4s, but it works.

"We were so nervous before today that we were talking a lot, but it was funny and we enjoyed it, the anxiety."

Conrad-Robin Scheibner took the gold in the C1 1,000m ahead of Italy's Carlo Tacchini.

After the race he issued a warning to his compatriot and two-time Olympic champion Sebastian Brendel.

"This was my first chance to do it in C1, and I had some problems to adapt to being lonely in the boat in the heat," he said.

"But I told myself now is the time to shine, and so I want Sebastian to know that he should be scared now."

Elsewhere, Canada's Kate Vincent took her first under-23 C1 500m world title and said she was "really happy" to do so.

"I felt really good, it's nice to be with the juniors and the under-23, we've got a really good mix.

"I've still got another 200m race tomorrow, so I have to focus on that."

Australia's Joel McKitterick and Thomas Green dominated their opposition, though despite their performance McKitterick said their win came as a surprise.

"If you had asked me yesterday, I would have said 'I'm not sure, maybe top three'", he said.

"Being on top now is just awesome."