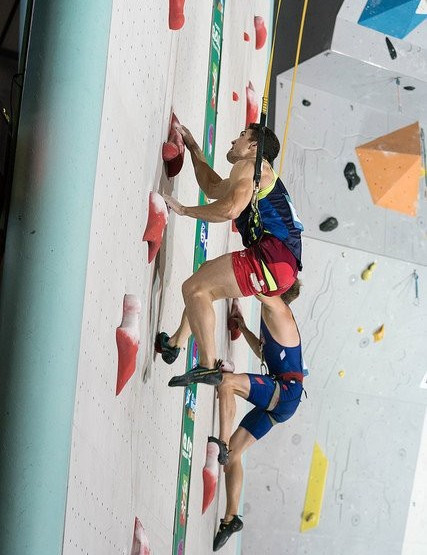 The reigning lead season champion Janja Garnbret from Slovenia will be looking to maintain the top spot in the 2018 season standings when the latest International Federation of Sport Climbing (IFSC) World Cup event begins in Arco in Italy tomorrow.

Garnbret is in good form having won the women's competition last time out in Briancon in France.

She will have Austria's Jessica Pilz hot on her heels, however, at Arco's Climbing Stadium.

The Austrian finished second in Briancon and prior to that event was leading the season standings alongside Garnbret.

She will therefore be hoping to regain her spot at the top.

In the men's event, 24-year-old Alexander Megos will look to build on his first IFSC World Cup win in Briancon.

The German was the dominant climber in France, qualifying for the final in first and promptly taking the title.

Austria's Jakob Schubert is the season leader in the men's event though so will want another strong performance in Arco, as will Stefano Ghisolfi, who will surely be dreaming that his second World Cup win of the season comes on home soil.

The competition begins tomorrow morning with qualification for both the men and women, starting at 9am, before the finals take place on Saturday (July 28).