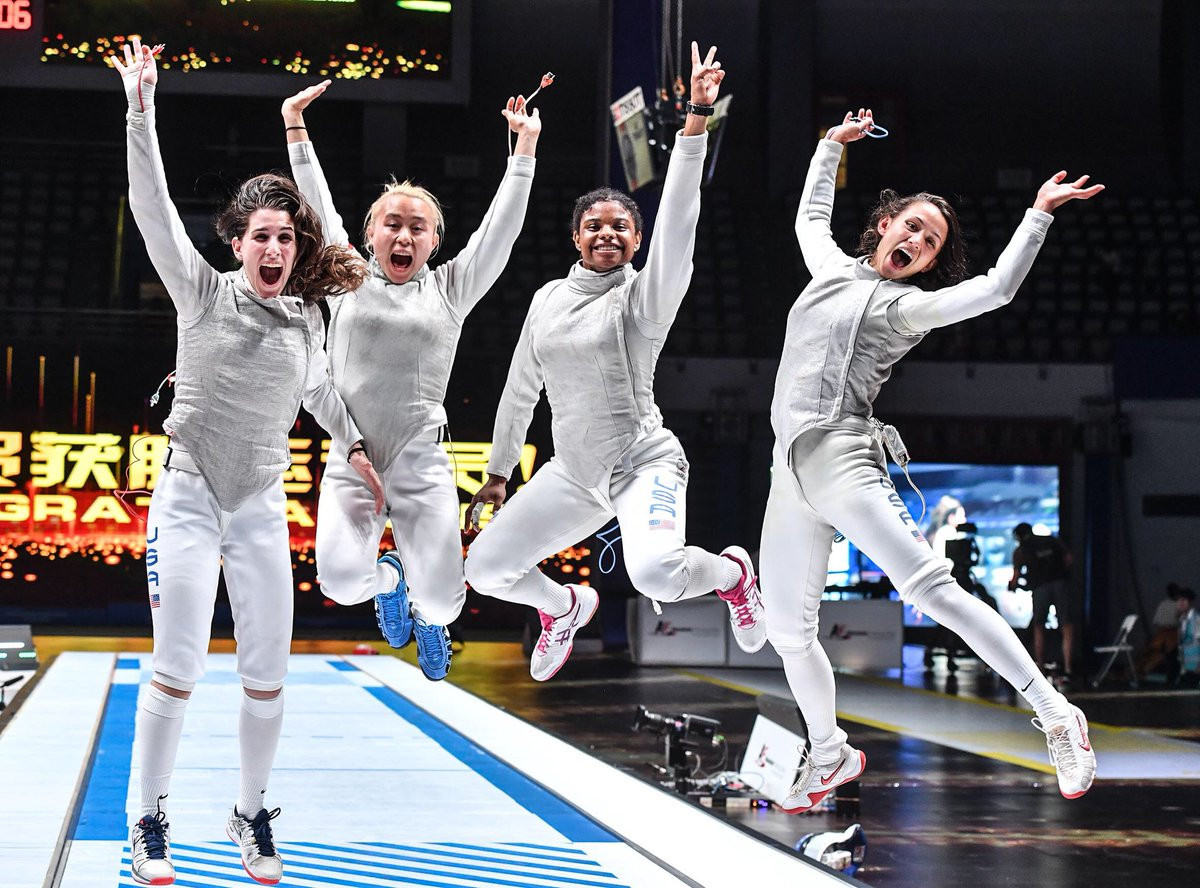 The United States have won a gold medal in the women’s team foil event at the International Fencing Federation (FIE) World Championships in Wuxi in China for the first time in their history.

The team of Lee Kiefer, Nzingha Prescod, Margaret Lu and Nicole Ross, ranked third in the world, took their first team foil title today by beating Italy in the final at the Wuxi Sports Centre, having won the silver last year.

The Italians in contrast have won four World Championship titles in the last five years, but the group dubbed "the dream team" were not good enough today and they had to settle for silver after losing to the US 35-45.

The win today follows another historic victory for the Americans yesterday, when the women’s épée team won their first World Championship medal by beating South Korea in their gold medal match.

Back in today’s epee competition, France took the bronze thanks to a win over South Korea in the playoff for third, 35-26.

Exactly like the US in the women’s foil, Switzerland managed to better their silver from last year to take their first gold in China, beating South Korea 38-31 in the final.

In the bronze medal match it was a bad day for France, who lost to Russia and missed out on a medal altogether, having won the gold last year.

That match finished 45-35 to the Russians.