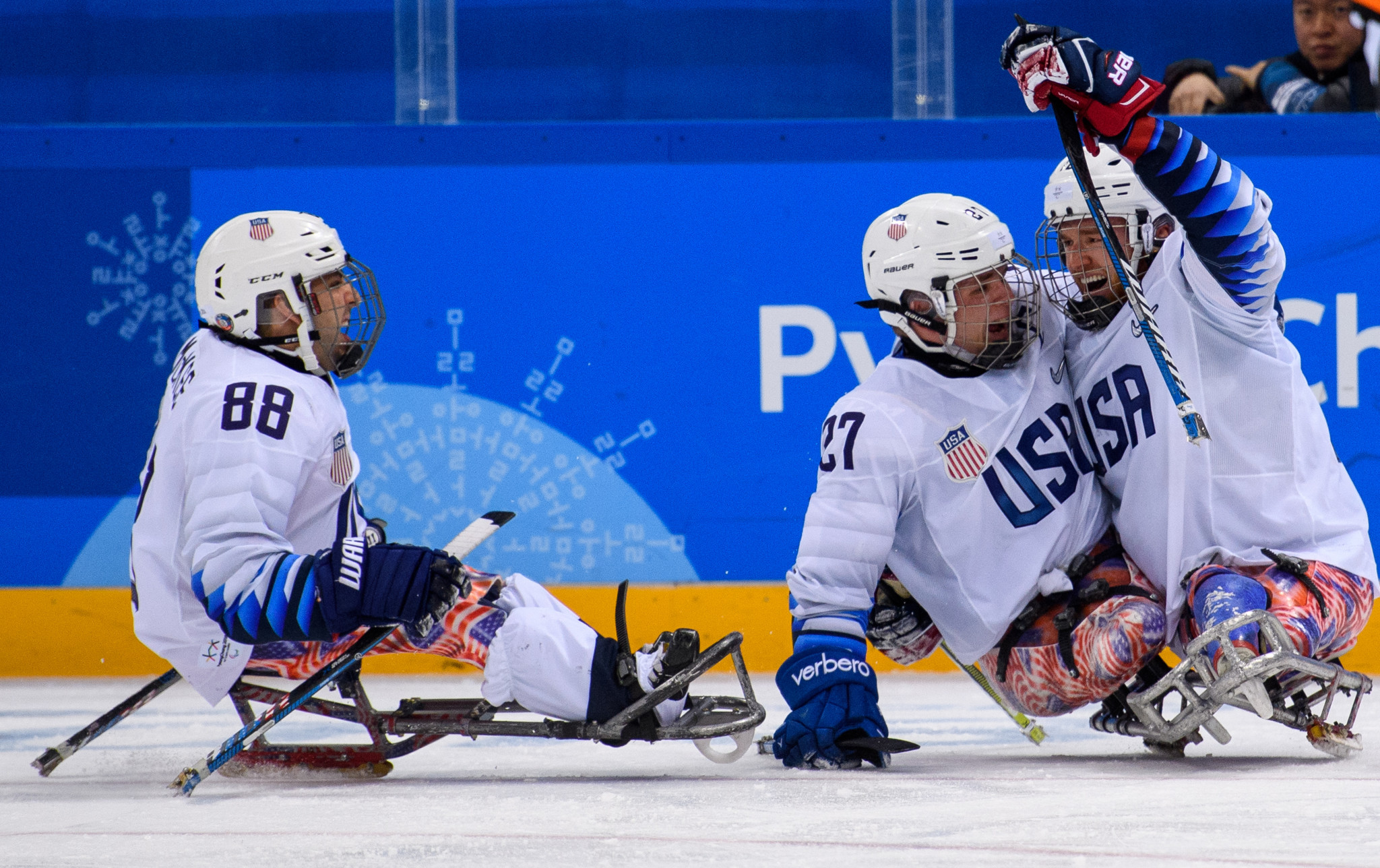 USA Hockey have announced their 17-player squad for the 2018-2019 Para-ice hockey season, after the nation won Paralympic gold in Pyeongchang for the third time in a row in March.

Twelve of the players included were part of the Paralympic winning team, meaning five are new to the squad.

"Coming off a Paralympic win last season, we were impressed by the level of competition shown at this year's tryouts and we're thrilled about the players chosen to represent the United States this coming season," director of sled hockey and general manager of the 2018-2019 team Dan Brennan said.

"Our player pool is deeper than it has ever been, and that's a credit to the volunteers and programmes across the country."

Some of those returning to the squad after March's triumph include defenceman Josh Pauls, goaltender Steve Cash and forwards Declan Farmer and Brody Roybal.

Roybal was named the tournament's most valuable player in Pyeongchang after scoring the most points at 17.

Newcomers to the team include defenseman Colin Gooley and forwards Josh Hargis and Kyle Zych, while Josh Sweeney and Chris Douglas both rejoin the squad having not played in the national side since 2016.