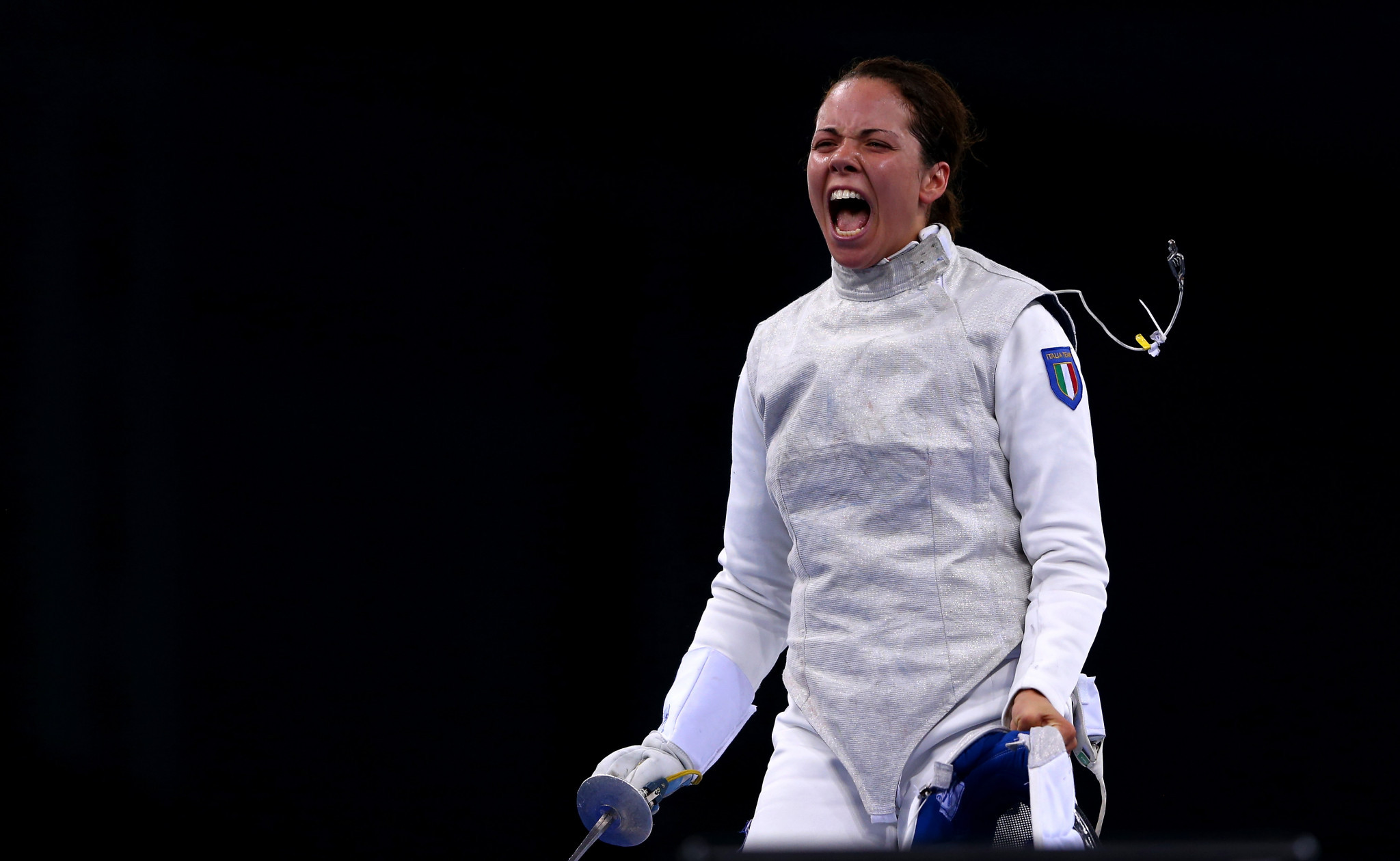 Volpi finished as the silver medallist at last year’s Championships in Leipzig and the Italian guaranteed she would match the feat by reaching the final again at the Wuxi Sports Centre Gym.

Her victories included a 15-9 success against team-mate Camilla Mancini in the quarter-finals, before beating Tunisia’s Inès Boubakri in the last four.

It set up a meeting with Ysaora Thibus in the final, with the French fencer looking to caused another upset.

Thibus had eliminated the defending champion Inna Deriglazova in the quarter-finals by a narrow 15-14 score.

She proved unable to repeat the feat in the gold medal match, as Volpi triumphed 15-12 to clinch the title.

While France settled for silver in the women’s foil, they were able to celebrate gold in the men’s épée event.

Borel had earlier beaten Ukraine’s Roman Svichkar 15-11 in the semi-finals, while Limardo had been a 7-4 winner against Svichkar’s team-mate Bohdan Nikishyn.

Individual competitions will draw to a close tomorrow with the women’s sabre and men’s foil, while the early stages of team events will get underway.