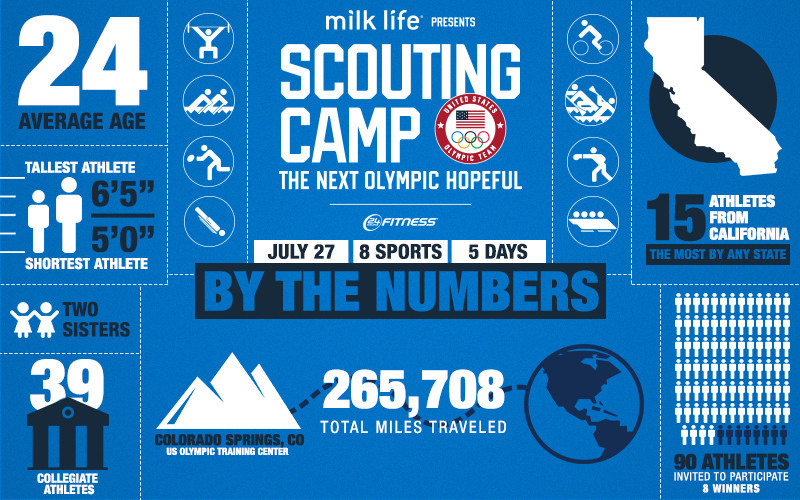 The United States Olympic Committee (USOC) have announced 90 athletes will participate in the final stage of their search for potential future Olympians.

Initial try-outs were held last month with a series of hopefuls then being invited to spend five days at the US Olympic Training Center in Colorado Springs.

The entire process will be filmed for an NBC programme called Scouting Camp: The Next Olympic Hopeful.

The talent-identification programme is aimed at evaluating the finalists, putting them through intensive screening and sport-specific training.

In addition to being evaluated by high performance staff, the selected athletes will also receive mentoring from Olympians Claressa Shields and Carlin Isles.

Shields claimed the gold medal in women’s boxing at London 2012 and Rio 2016, along with earning two World Championship titles.

Isles, who served as a mentor in season one, competed at the 2016 Olympics in rugby sevens and is a former member of the Detroit Lions football team.

The season one winner Josh Williamson, who competes in bobsleigh, will also be in attendance.

"The success from last year’s programme has yielded an even deeper pool of athletes and more sport opportunities for this season of Next Olympic Hopeful," said Kelly Skinner, USOC vice-president of high performance.

"We have a dozen finalists returning from season one, and nearly 40 collegiate athletes added to the group of finalists, so we’re excited to see how the talents of these elite athletes transfer to the eight participating Olympic sports."

Following the camp, eight winners will be selected to join a training camp for each of the participating sports.

The winners, four men and four women, will eligible to receive financial, medical and training support as they prepare for the opportunity to compete at the Olympic Games.

USOC have announced that the Milk Life campaign will act as the first title sponsor of the programme.

There sponsorship will result in the programme being titled Milk Life presents, Scouting Camp: The Next Olympic Hopeful.

"Milk, with its high-quality protein and other essential nutrients, has always been on the table helping to fuel America’s athletes as they train to compete on the world’s stage," Victor Zaborsky, vice-president of marketing at MilkPEP, the group behind the Milk Life campaign, said.

"In fact, nine out of 10 US Olympians grew up drinking milk.

"We’re proud that milk is playing a role in helping to power the journey of not only this group of Olympic hopefuls, but also the next generation of Team USA athletes growing up with milk at home."

It is claimed that nearly 3,500 athletes applied online to join the programme, with many participating in either an in-person try out hosted exclusively by 24 Hour Fitness or a regional try out.

The try outs resulted in 24 athletes advancing to the training camp in Colorado Springs.