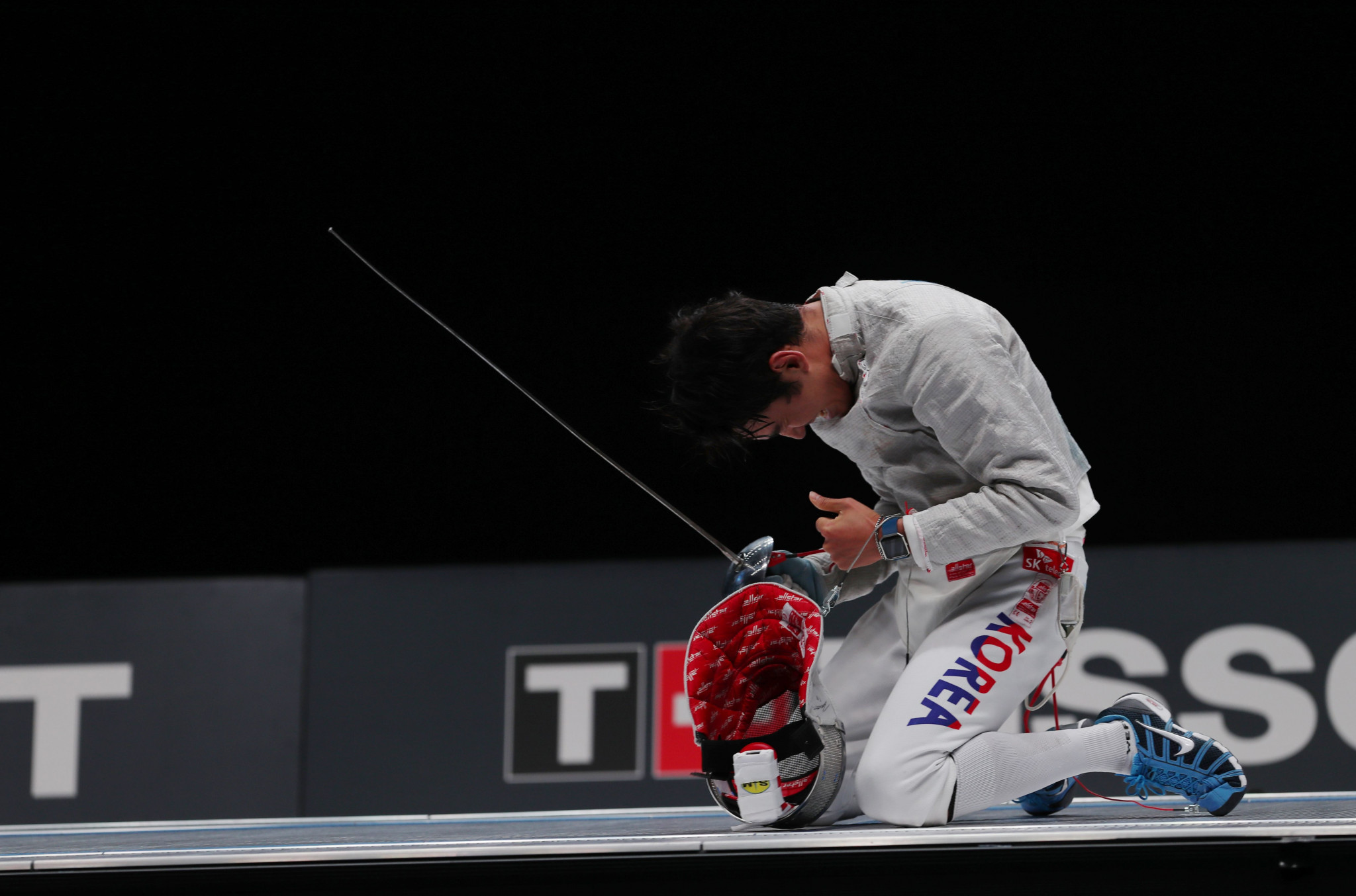 The 34-year-old world number one topped the podium with a 15-11 triumph over American Eli Dershwitz in the final at the Wuxi Sports Centre Gym.

Kim came into the event as the favourite but had never won an individual crown at the World Championships.

He was a member of the South Korean squad which claimed victory in the team event in Leipzig last year and also won the competition at London 2012.

The bronze medals in the men's sabre division were clinched by Russian Kamil Ibragimov and Kim's compatriot Kim Jun-ho.

Navarria, 33, continued the trend of world number one's justifying their billing in Wuxi as she recorded a 13-9 victory over her Romanian opponent.

Laura Staehli of Switzerland and American Courtney Hurley were the recipients of the bronze medal.

Staehli had earlier ended the challenge of Olympic bronze medallist Sun Yiwen, the sixth seed considered the most likely of the Chinese fencers to finish on the podium, in the round of 16.