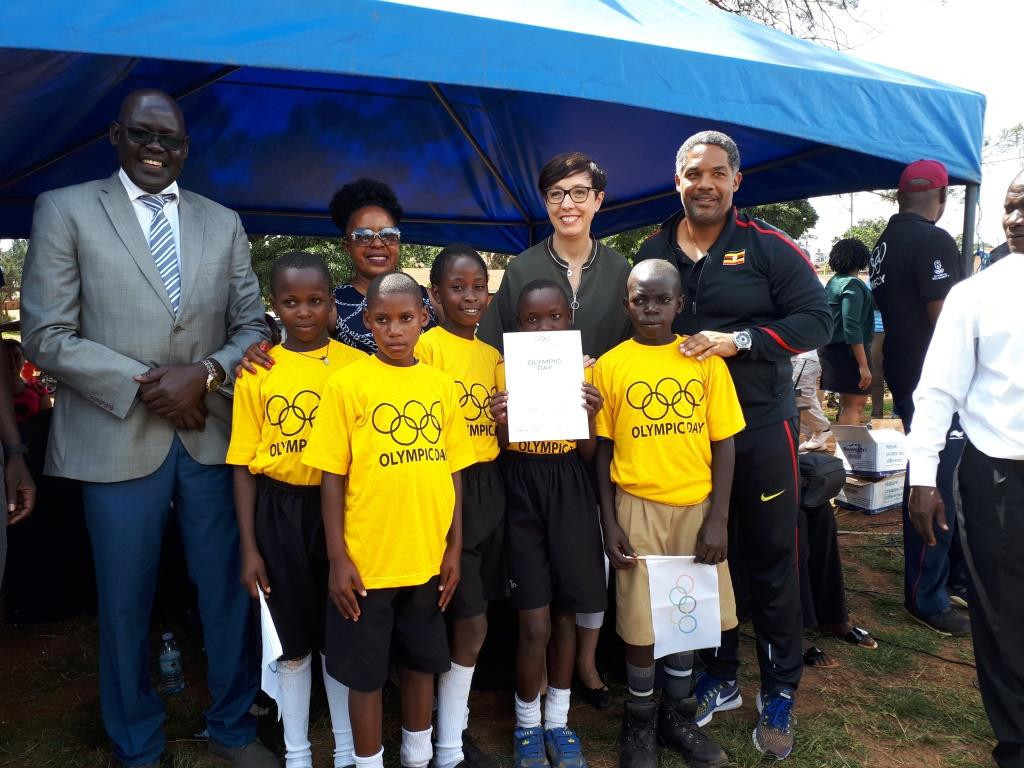 The French Embassy in Kampala are to join forces with the Uganda Olympic Committee (UOC) to help construct new facilities, its Ambassdaor Stephanie Rivoal has revealed.

Rivoal made the pledge while visiting Olympic Day celebrations organised by the UOC and the Kampala Capital City Authority (KCCA).

"The French Embassy in Uganda is delighted to associate with the Uganda Olympic Committee and all Federations in Uganda," Rivoal told Kawowo Sports.

"We are honoured to see the development of sports in Uganda and we shall continue to assist in all possible ways.

"As proceeds from the 2018 Uganda-France Week celebrations, we promise to construct an all-weather sports court facility that will be used by the school and the surrounding communities."

UOC President William Blick, nominated on Friday (July 20) for membership of the International Olympic Committee, welcomed the offer of support from the French Government.

"We are honoured that we had such a big number of participants," Blick said.

"I thank the pupils and their schools. I also appreciate the partners in this cause – KCCA and the French Embassy who vowed to construct an all weather sports facility at Police Training School in Kibuli."