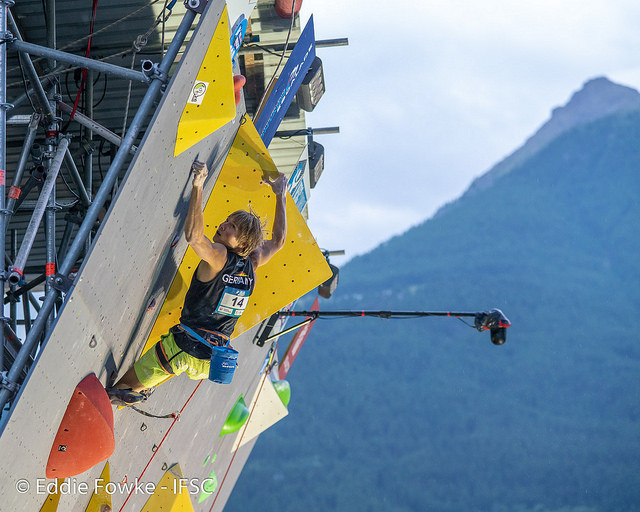 Germany’s Alexander Megos has claimed his first International Federation of Sport Climbing World Cup gold medal in the lead event in Briancon as Slovenia’s Janja Gambret won the women’s event to claim her second win of the year.

The lead finals took place this evening under floodlights at the Parc des Sports in France at what was the third World Cup event of this season.

Winner at the second event of the season, Stefano Ghisolfi from Italy started the final, failing only a few holds in the final traverse.

Later in the final, Frenchman Romain Desgranges, the winner in Briancon last year, initially took the lead but his performance was not enough to stop Megos from claiming his first title.

Megos’ first win looked possible throughout qualification, with him reaching the final in first place.

The women’s final had four Slovenian’s in the line up for the first time since 2007, but only one of them could claim a medal.

Gambret was the last athlete to tackle the wall in the final, meaning she knew what was needed to win and she promptly seized the gold medal.