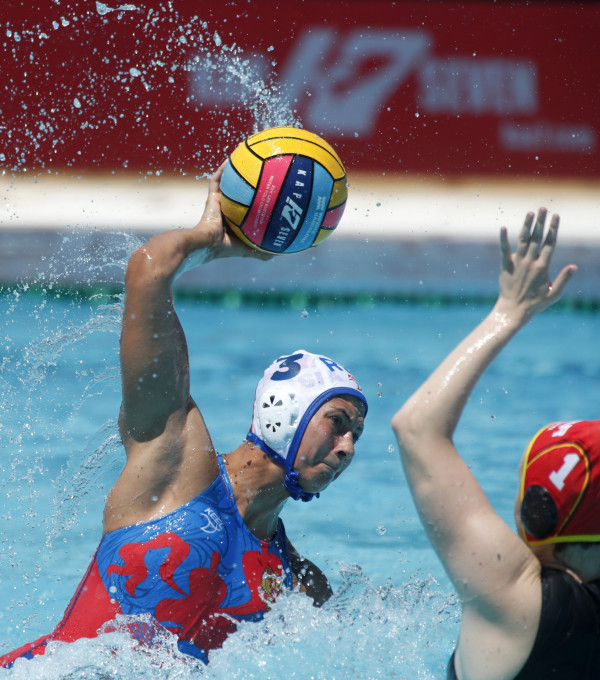 Russia continued their prolific start to the women's European Water Polo Championships as they thrashed Germany to maintain their 100 per cent start to the tournament in Barcelona.

The Russian side beat their German opponents 27-5 at the Piscines Bernat Picornell to cement their place in top spot of Group B.

The result followed a 27-2 win over Serbia and a 35-4 demolition of Turkey in their opening two matches.

Ekaterina Prokofyeva, who found the net four times today in the comprehensive victory, is the tournament's leading scorer with four goals.

Russia are averaging 30 goals per game and have signalled their intent right from the start of the event in the Spanish city.

Defending champions Hungary continued their recovery from their opening loss to Spain as they recorded their second consecutive win by beating Serbia 23-6.

Russia and Hungary are in pole position to qualify for the quarter-finals, which will feature the top four teams in each of the two groups.

Greece also continued their unbeaten start to the tournament with a comfortable 21-2 victory against Croatia in Group A.

The women's event resumes on Thursday (July 19) following a rest day tomorrow, when the men's competition will start again.