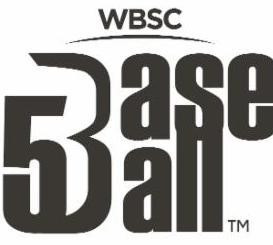 Baseball5 is a five-on-five format of baseball, which is aimed to be an urban variation of the sport.

As part of the All-Star Week, the short format will feature in the play ball bark, which will have youth, adult and fan engagement activities.

"With no dedicated venue or special equipment needed, Baseball5 can be played anywhere in the world, and I cannot think of a better place or bigger stage than MLB's All-Star Week for this exciting new form of baseball and softball to make its official US debut," said Riccardo Fraccari, WBSC President

"WBSC is proud to partner with Major League Baseball on this exciting initiative, as Baseball5 can help push our global sport further, attracting new players and fans from places not possible before."

Baseball5 - which is played with a rubber ball as the sole piece of equipment needed - was first piloted during the Friendship Games in the Great Lakes region of Africa in 2017.

The Games included participants from Burundi, Democratic Republic of Congo and Rwanda.

Official rules were revealed in March, with the WBSC giving demonstrations and seminars since their launch.

The Czech Republic, Cuba, France, Germany, Guatemala, Hong Kong, Italy, Mexico, Philippines, South Africa and the US have all had demonstrations.

Baseball5 is also set to be showcased in the sport initiation zone at the upcoming Buenos Aires 2018 Youth Olympic Games this October in Argentina.