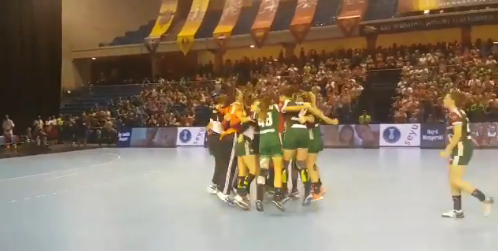 Hungary are through to the semi-finals of the Women's Junior World Handball Championship after beating Romania in Debrecen today.

The home nation played a superb last 30 minutes to claim a 31-26 win at Fonix Hall.

Noémi Pásztor, Gréta Márton and Noémi Háfra top scored for the Hungarians with six goals each in a match which saw them recover from a 17-14 deficit at half-time.

Standing between Hungary and a place in the final are South Korea, who defeated defending champions Denmark 24-16.

The other semi-final pits Russia against Norway after the former overcame The Netherlands 28-26 and the latter edged France 27-26 after extra time.

There were also a number of play-off games played today with Croatia claiming a 36-23 win over Iceland in the battle for ninth place.