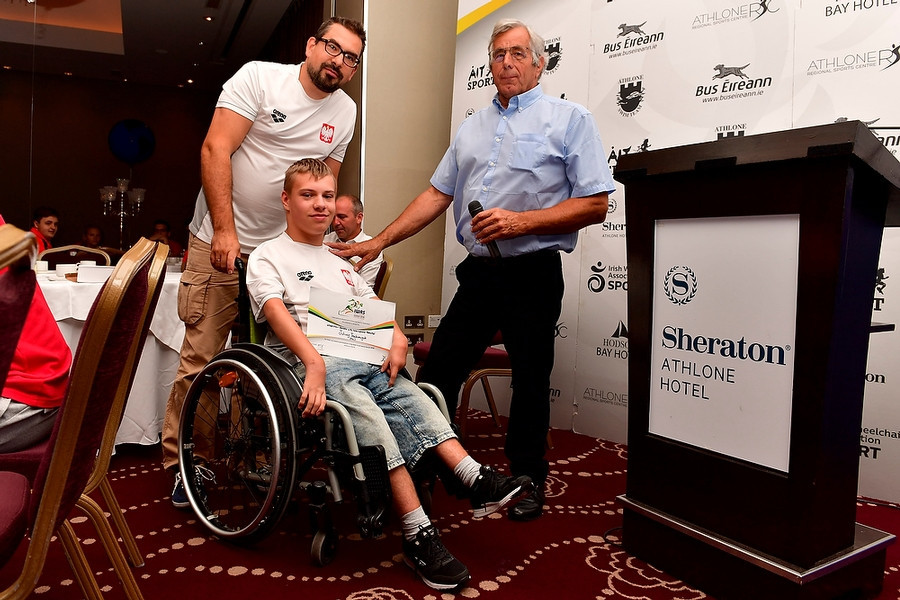 The United States’ Aubrey Headon and Poland’s Juliusz Trochimczuk have received awards for their "incredible"performances at the 2018 International Wheelchair and Amputee Sports Federation (IWAS) Youth World Games in Athlone in Ireland.

Headon, a T35 athlete, celebrated long jump gold with an Americas record leap of 2.56 metres in the women’s under-20 category.

The 18-year-old was handed the "IWAS Ambulant Athlete with International Potential" award as a result of her triumph.

Both athletes also received £700 ($930/€800) towards their participation at a future IWAS World Games.

Around 165 athletes from 16 countries in total made the journey to Athlone.

They competed in mixed class events separated into age groups in athletics, swimming and table tennis.

Out in the field, South Africa's Simone Kruger won gold in the women’s discus and shot put under-17 F38.

Croatia's 17-year-old Erik Fabian Kaurin secured the win in the men's shot put and bronze in the discus under-20 F46.

In the pool, American S10 swimmer Lauren Gates claimed a hat-trick of gold medals in the women’s 100m and 50m freestyle and 100m backstroke for the 16 to 19 age group.

He also took the silver medal in the 50m freestyle for the 17-to-19 age group.

Panwas Sringham secured victory in the women’s single class 3 to 5, while team-mates Yuttajak Glinbancheun and Kamon Sayjan also came out on top in the men’s single class two to three and four to five, respectively.

Master Parinya Punkaew rounded off the singles golds for Thailand in the men’s class nine to 10.

Glinbancheun, already a Paralympian at the age of 21, also took open gold, while Punkaew did the same.

Sringham also doubled up in the women’s

Ioana Monica Tepelea claimed two golds for Romania in the women’s single and open class 6 to 10.