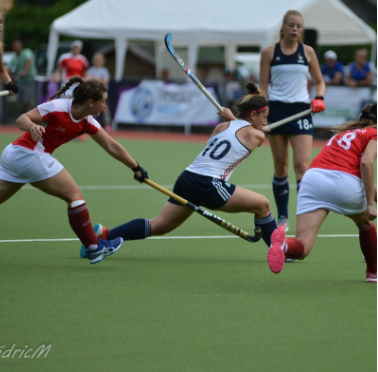 Belarus confirmed their overall victory in the latest leg of the Hockey Series Open at Wattignies in France as they won their third and final round-robin match 6-0 against Austria.

The Belarusian team, top-ranked among the four women’s sides involved at 20th in the International Hockey Federation’s world lists, had previously defeated the hosts, France, and then Russia.

There was not much doubt about how today’s match would go as the favourites went 1-0 in the ninth minute through Yuliya Mikheichyk and kept up a steady momentum thereafter.

This International Hockey Federation event is a second-tier tour below the new top-tier Hockey Pro League.

Event winners qualify for the Hockey Series Finals which in turn offer a route to the 2020 Olympic Games in Tokyo.

Russia defeated the hosts 4-2 in the final game, with Bogdana Sadovaia getting a hat-trick.

The victory earned Russia second place in the final with six points from three games, three ahead of France, with Austria failing to earn any points.