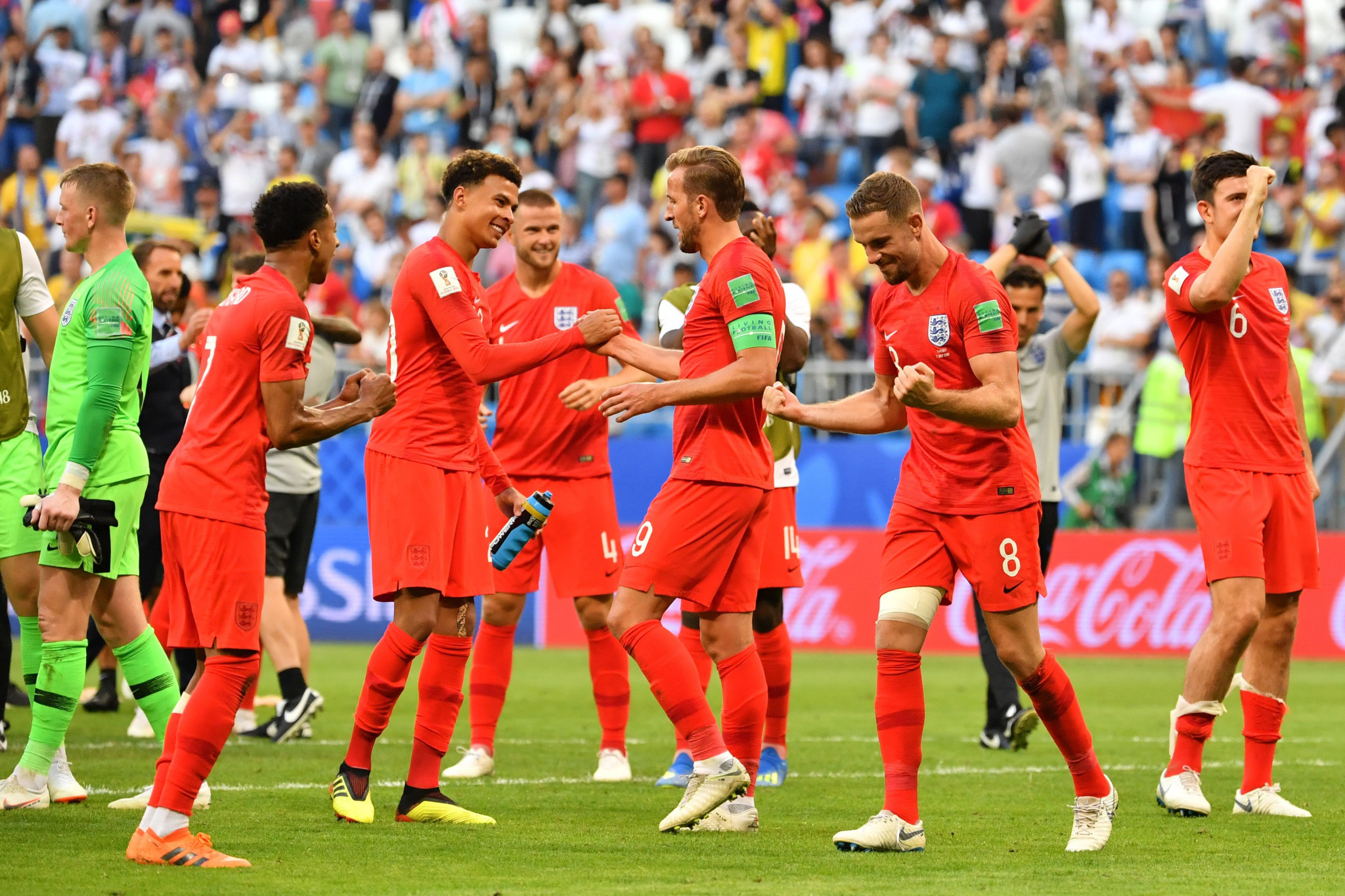 England reached their first FIFA World Cup semi-final in 28 years after outclassing Sweden in a 2-0 victory in Samara.

The 1966 World Cup winners will now face Croatia on Wednesday (July 11) for a place in the final after they won on penalties against hosts Russia following a 2-2 draw.

England produced a superb overall display against the Sweden at the Cosmos Arena in which every player played their part.

Harry Maguire continued the team's prowess from set pieces after rising highest from an Ashley Young corner to nod home.

Eight of the team's 11 goals at the World Cup have now come from a set piece.

Dele Ali then scored a second headed goal midway through the second-half after appearing unmarked at the far post to convert from a Jesse Lingaard cross.

Raheem Stirling had missed a golden chance to double the lead shortly before half-time and England still looked the more dangerous team throughout.

Jordan Pickford, the hero of the penalty shootout win over Colombia in the last-16, made three superb second-half saves, however, to maintain his country's lead.

He turned away a Marcus Berg header before diving low to thwart Viktor Claesson and then leaping high to tip a Berg shot over the bar,

England are now in the semi-finals for just the third time after 1966 and 1990 - when they lost on penalties to West Germany.

Russia and Croatia fought out another pulsating battle at the Fisht Olympic Stadium in Sochi.

The Croats showed more attacking intent but the hosts - roared on by a largely partisan home crowd - demonstrated all the organisational and defensive skills they had shown in stunning Spain in the last-16.

Denis Cheryshev waltzed through the midfield to unleash a beautiful bending shot from 25 yards out to give Russia the lead.

Andrej Kramaric equalised for Croatia after Mario Mandzukic had been afforded too much space to cross.

Croatia then took the lead in extra time when Domagoj Vida struck from a corner in the 100th minute only for Brazilian-born Maria Fernandes to head a dramatic late leveller.

Cue a second shootout for both teams.

Ivan Rakitic stepped up and made no mistake from the winning kick.

Two rest days will now take place before the semi-finals begin with France versus Belgium on Tuesday (July 10).