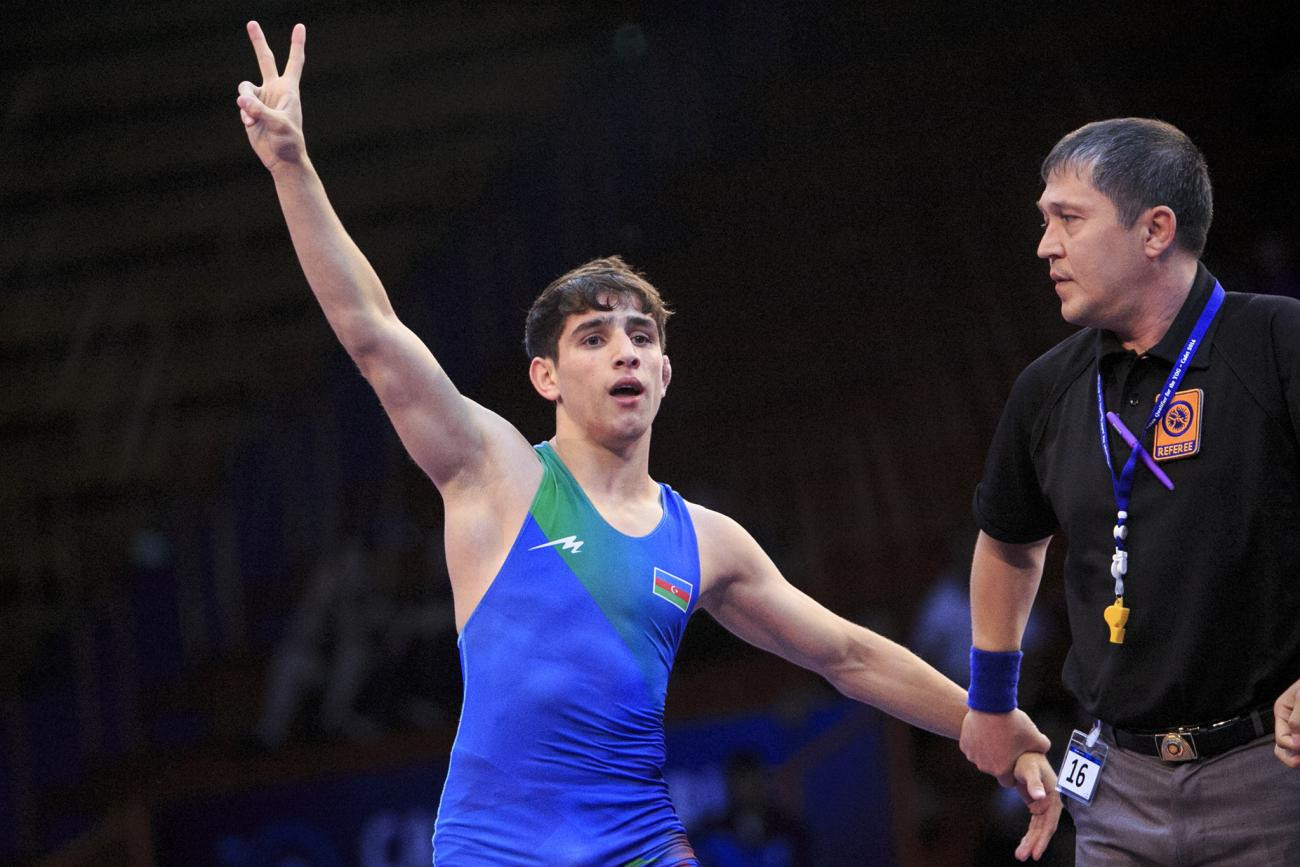 He defeated American Richard Figueroa in the 48 kilograms final at Dom Sportova, 6-1.

Another defending champion did not manage to retain his crown as American Daniel Kerkvliet Jr lost at 110kg, 7-4 to Iran's Amir Zare.

A second gold went to Azerbaijan as Turan Bayramov won at 65kg against Russia's Inalbek Sheriev.

Russia and Uzbekistan won the other two gold medals on offer on day two.

More finals will be held tomorrow.