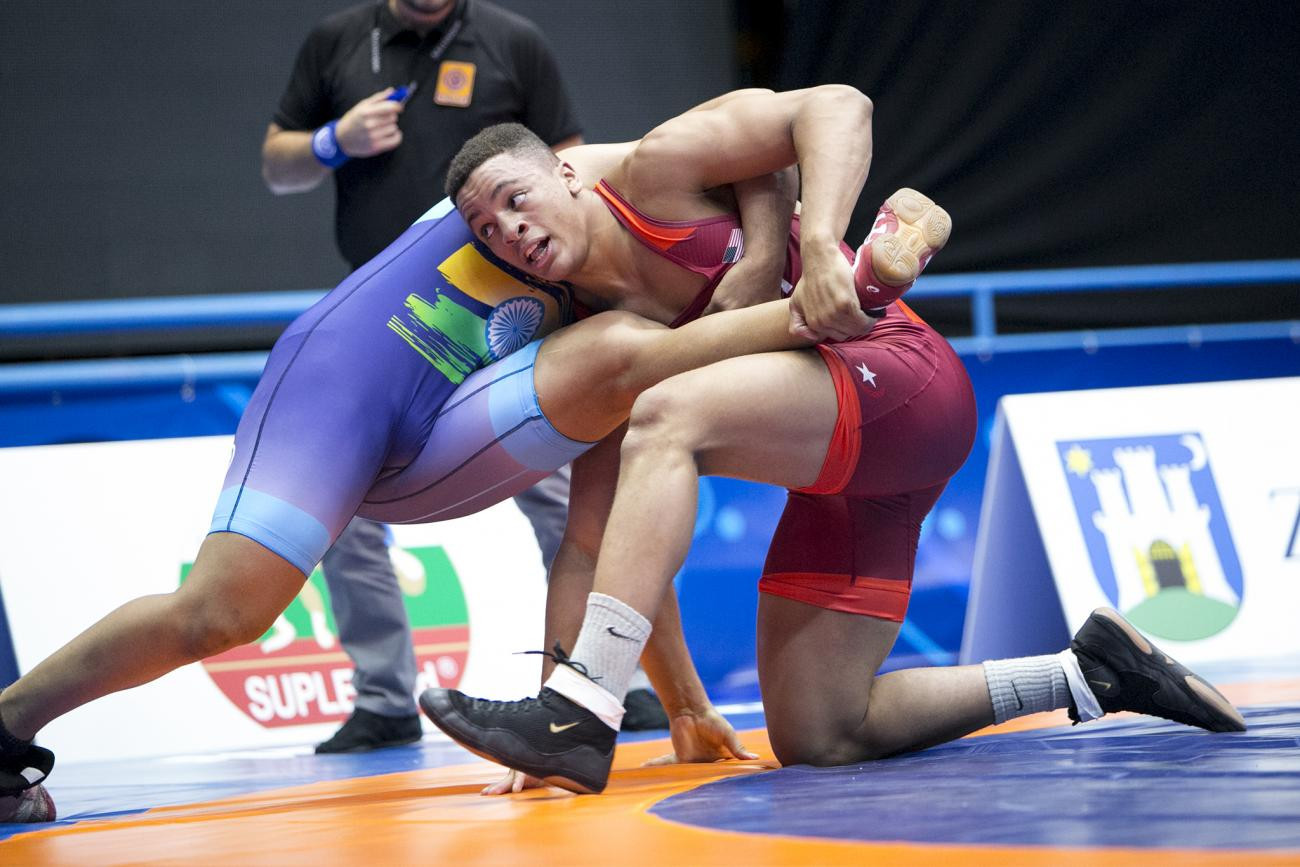 No titles were decided as competition began in Croatia's capital Zagreb, but the five men's freestyle weight divisions contested on day one now only have two wrestlers left standing.

He will now face Azerbaijan's defending world champion Alihasan Amiril, who saw off Giorgi Gegelashvili of Georgia in the last four, for gold.

The 65kg final will pit another Azeri in Turan Bayramov against Russia's Inalbek Sheriev.

Bayramov came through the semi-finals against Mohammad Baghi Karimiseifabad of Iran, while Sheriev proved too strong for Bekzat Zhalgassov of Kazakhstan.

Russia and Iran will collide in the 80kg final with the former's Dmitrii Elkanov booking his place by beating Hungary's Milan Andras Korcsog.

His opponent will be Mohammadreza Ezatollah Ghiyasi, who progressed to the gold medal bout after defeating Azerbaijan's Sagadulla Agaev.

The 55kg final will be between Japan and Uzbekistan.

Hayato Fujita will be the former's representative after getting the better of Georgia's Daviti Abdaladze in his semi-final.

Finals in all five categories will be held tomorrow, when the Opening Ceremony will also take place.

Greco-Roman and women's wrestling are also part of the schedule during the Championships, which run until Sunday (July 8).