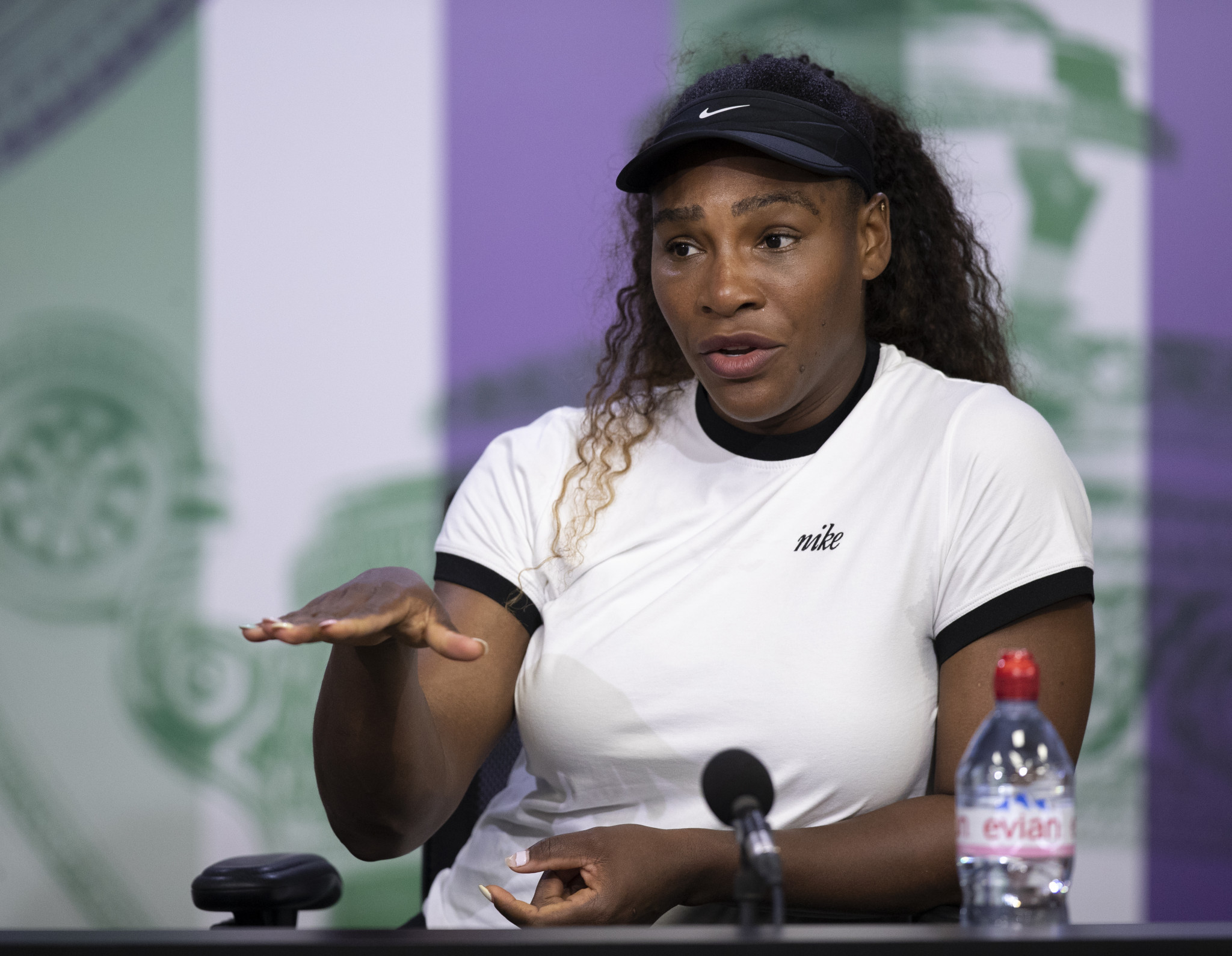 Serena Williams has claimed the amount of times she is drug tested in comparison to other American players is "unfair" after it emerged the 23-time Grand Slam champion had been tested five times this year, more than any other player in the United States.

"Just test everyone equally," she said during a pre-Wimbledon press conference.

"I'm totally okay with testing and I encourage it.

"It's just about being equal and not centring one person out.'"

Williams returned to major competition at the French Open in May after more than a year out due to pregnancy.

She gave birth to a daughter last September.

The eight-time Wimbledon Champion made the headlines in America last month, after a United States Anti-Doping Agency anti-doping official turned up at her Florida home while she was not in, reportedly a full 12 hours before Williams had said she would be free.

Despite Williams' concern, it is not unusual for players in any sport to be tested more than their rivals, if they have achieved more success.

Roger Federer, the 20-time Grand Slam champion in the men's game, who is considered by many to be the best player in history, has estimated he was tested seven times in the last month alone, twice more than Williams has been this year.

Both players are due to begin their Wimbledon campaigns today.

Williams will play Arantxa Rus from The Netherlands on court one, while as the defending men's champion, Federer will play Dusan Lajovic from Serbia in the first match on centre court, as is tradition.